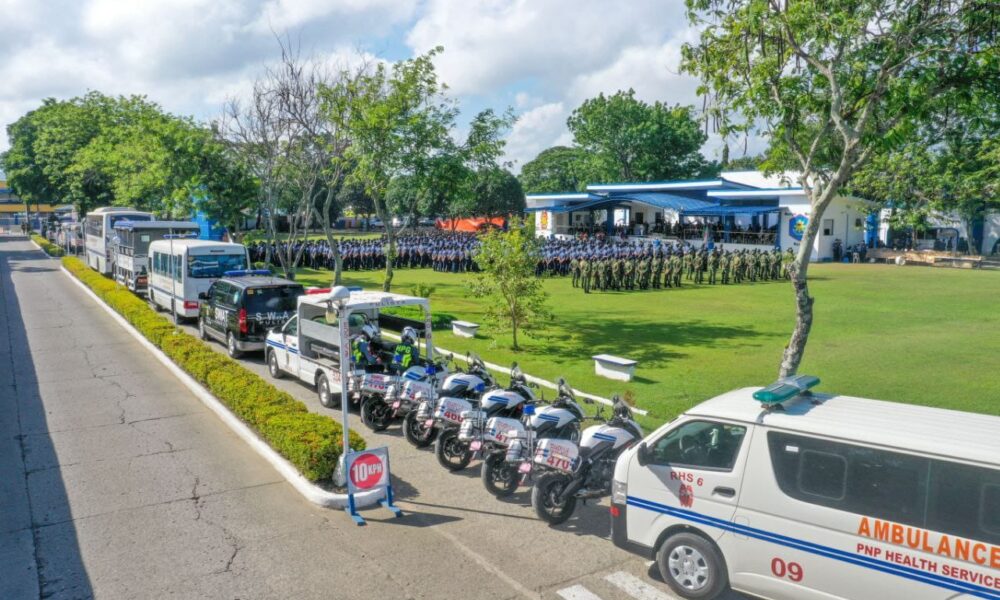 OVER 15,000 members of the Philippine National Police (PNP), Philippine Army (PA), and the Philippine Coast Guard (PCG) will secure Western Visayas (Region 6) during the May 9 national and local elections. The PNP will deploy more than 12,000 uniformed
personnel, about 3,000 from the military and 600 from the PCG following the simultaneous multi-agency send-off and turnover ceremonies held at the Police Region 6 headquarters at the Camp Martin Delgado in Iloilo City on May 4, said Police Regional Office 6 (PRO6) spokesperson Lt. Col. Arnel Solis.
“On the part of the PNP, we are 100 percent ready for the upcoming elections. Our augmentations have already reported to their respective assignments,” he said.
The men and women from various police units have been reminded by PRO 6 director Brig. Gen. Flynn Dongbo to 15,000-STRONG 1/2