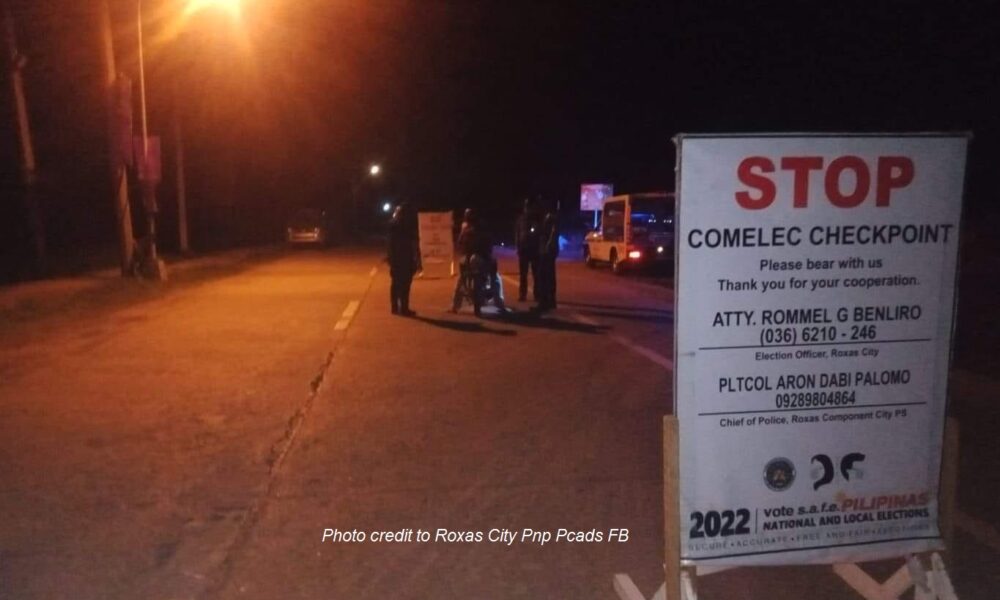 Two violators of the gun ban as stipulated in the Commission on Elections (COMELEC) Resolution No. 10728 were nabbed in the province in January.

Both the offenders yielded hand guns and ammunitions and are facing the election offense and illegal possession of firearms violations.

Magallanes added that the COMELEC check point in  President Roxas town confiscated the firearm of a motorcycle back rider as the riding in tandem were reportedly trying to flee from a driver they sideswiped in the area.

The CPPO has directed the intensified conduct of checkpoints provincewide since the January 9 start of the election season.

The 90-day gun ban until June 8 this year prohibits the carrying of firearms except for those who have the exemption from the COMELEC like the law enforcement agencies. (PIA Capiz)