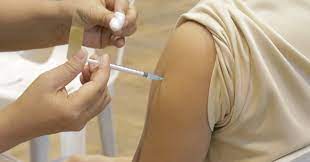 A health official on Friday reported that some 21,000 doses of Covid-19 vaccines were wasted in regions devastated by Typhoon Odette in December last year.

Cabotaje added that the NVOC is in the process of completing the reports as some areas have yet to file their reports due to down communication and power lines.

Western Visayas has resumed its inoculation campaign at 70 to 75 percent capacity already while Caraga, Surigao del Norte, and Dinagat Islands have not returned to their vaccination activities 100 percent.

To date, the government has fully vaccinated some 51.7 million individuals.

Moreover, the government has deployed 146 million out of 210 million Covid-19 vaccine doses of vaccines including the jabs it has received as donations from other countries and shots procured by the national government, local government units, and private sector. (PNA)