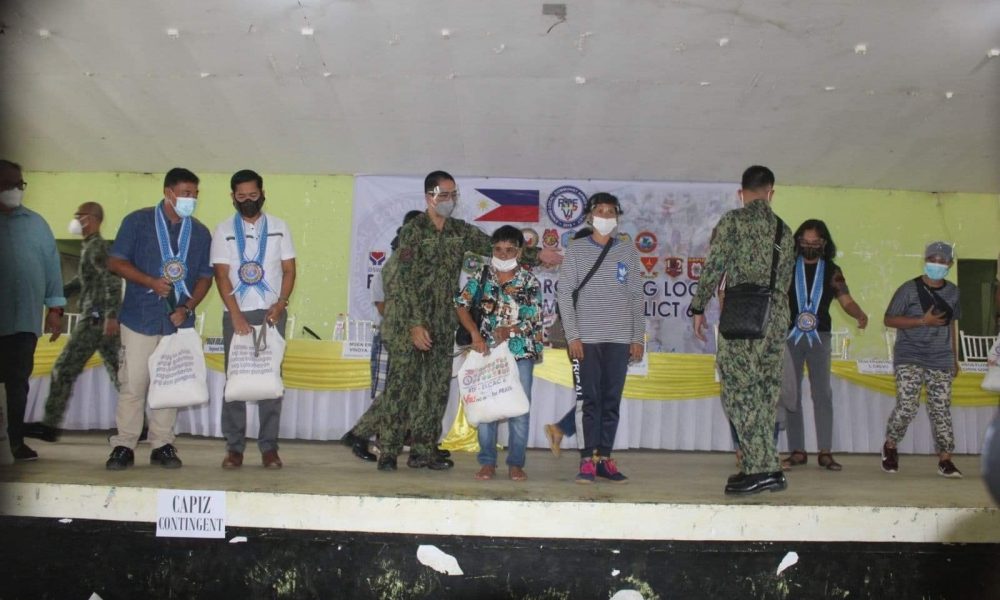 Some 276 supporters of the New People’s Army (NPA) in Panay surrendered to the government recently.

The individuals – 224 from Tapaz, Capiz and 52 from Calinog, Iloilo province – also took their oath of allegiance before the officials of the 12th Infantry Battalion of the Philippine Army in Calinog, Iloilo.

Those who withdrew their support to the communist group from Tapaz were identified by the state forces as mass organizers and supporters from Barangays Katipunan, Abangay, Minan, Aglinab, Wright, Gebioan, and Roosevelt, Col. Orlando Edralin, deputy commander of 301st Infantry Brigade, said.

He also said the people who surrendered have come forward to show support for the government.

A dialogue with the former rebel supporters was also held.

Edralin also encouraged them to surrender their firearms and weapons, if they have any.

Brig. Gen. Marion Sison, commander of the 301st IB, said that those who will surrender are welcome and that their safety will be a priority.

It can be recalled that on December 30, state forces simultaneously served 28 search warrants in the villages of Tapaz, Capiz province, and Calinog, Iloilo province.

During the operations, nine died, including barangay officials, and 10 were arrested in Tapaz, while seven suspects were nabbed in Calinog.

The fatalities and those who were arrested were said to be leaders and members of the indigenous people (IP) belonging to the Panay Tumandok, but the police maintained that the operations were due to the reports that the said personalities were armed.*

Caption
Some of the Tapaz, Capiz residents, who were said to be NPA supporters, surrendered to the authorities recently, with Brig. Gen. Rolando Miranda, director of Police Regional Office-6. PRO-6 photo