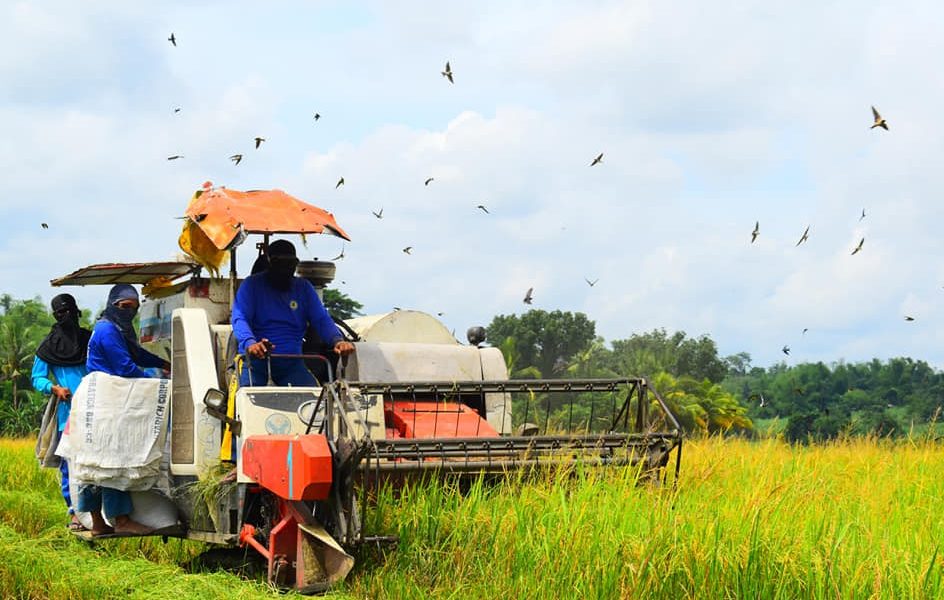 Rice farmers in Western Visayas are expected to attain a 39 percent increase in the production volume of palay this wet cropping season compared to the actual harvest of 865,923 metric tons in the same period last year.

Elmer Cabusas, rice program coordinator of the Department of Agriculture-Western Visayas, said that the region can obtain at least 1.2 million metric tons of palay production this harvest period due to the agency’s interventions and the expansion of areas planted that reached 299,621 hectares in both rainfed and irrigated ecosystems.

With over 145,000 hectares planted to palay, Iloilo has a projected production volume of 497,185 metric tons this cropping season.

“For this year, we are hoping that we can produce 2.3 million metric tons of palay. Based on consolidated LGU reports, we have already accumulated 1.2 million metric tons production from more than 360,000 hectares of harvested areas with an average yield of 3.7 metric tons per hectare from January to September,” said Cabusas.

Under favorable climate, proper utilization of inputs provided, and adoption of recommended rice production technologies, he said that the region can secure a four metric tons per hectare average yield this 2021.

Cabusas mentioned that this year, Iloilo and Guimaras are being prioritized for the Rice Hybridization Program, while the interventions for the four provinces are covered by the Rice Competitiveness Enhancement Fund (RCEF) Program. For the hybrid cluster, 1,746 bags (at 15 kilograms per bag) of seeds were distributed to Guimaras and 73,374 bags to Iloilo.

The three bags of fertilizer complementing each bag of hybrid seeds are being provided to the farmers through the voucher system where they could access the inputs from DA – accredited agri suppliers in the region.

Meanwhile, the DA-Philippine Rice Research Institute has almost completed the delivery and distribution of 447,999 bags of certified seeds to RCEF areas in Western Visayas purposed for the wet cropping season.

“For the dry season, we have already positioned 232,000 bags of RCEF seeds as well as the seed allocation under the regular program,” Cabusas noted.

“We have put up these hybrid demonstration farms in different areas in the region so we could provide location-specific and suitable hybrid rice varieties to the next batch of farmers who will graduate from the RCEF program. From being certified seed users, they will receive hybrid seeds once they complete the maximum number of times they can access seeds from RCEF,” explained Cabusas.

Farmers are likewise urged to sell their clean and dry palay with 14 percent moisture content at P19.00 per kilogram to the National Food Authority (NFA).

NFA regional manager Lilibeth Ignacio said they aim to buy up to 2.4 million bags of locally produced palay in Western Visayas. They have procured at least 375,000 bags of palay from January to September 9. She is pushing farmers and farmers cooperatives and associations to support their local palay procurement for buffer stocking.

The farm gate price of fresh palay is currently at P15.00 per kilogram and dried palay at P16.50 per kilogram as being bought by the private millers. Rice farmers can sell their produce to 20 operational NFA buying stations in the region: Iloilo – 9, Negros Occidental – 4, Antique – 3, Capiz – 3, and Aklan – 1. (DA-RAFIS 6)