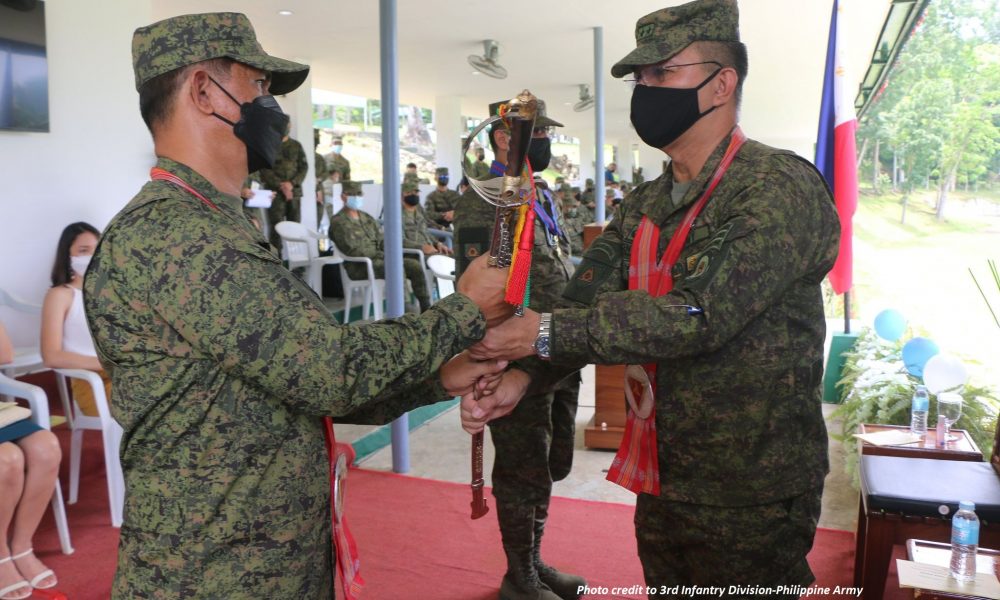 The assistant division commander of the Army’s 3rd Infantry (Spearhead) Division that is based in Jamindan, Capiz has assumed the top leadership on September 6.

Brig. Gen Noel Baluyan replaced Maj. Gen. Eric Vinoya, who bowed out of the military service after reaching the mandatory retirement age of 56.

The turnover of command was presided by Maj. Gen. Andres Centino, commanding General of the Philippine Army.

Baluyan thanked Centino for allowing him to act as the caretaker of the 3ID, pending the official order from the national command.

He also assured everyone that the division will sustain the gains of the previous commanders.

Prior to his designation acting division commander, Baluyan was the commander of the 302nd Infantry (Achiever) Brigade based in Camp Leon Kilat, Tanjay City, Negros Oriental.

Vinoya, for his part,  thanked the Army and the stakeholders for trusting and supporting him during his stint as the division commander.

Meanwhile, Centino said the Army will give its full support to the 3ID to fulfill its mission to maintain stability and prosperity in the Visayas island.

He also encouraged the troopers to continue their unwavering dedication to service and remain focused on their mandate of serving and securing the land.*