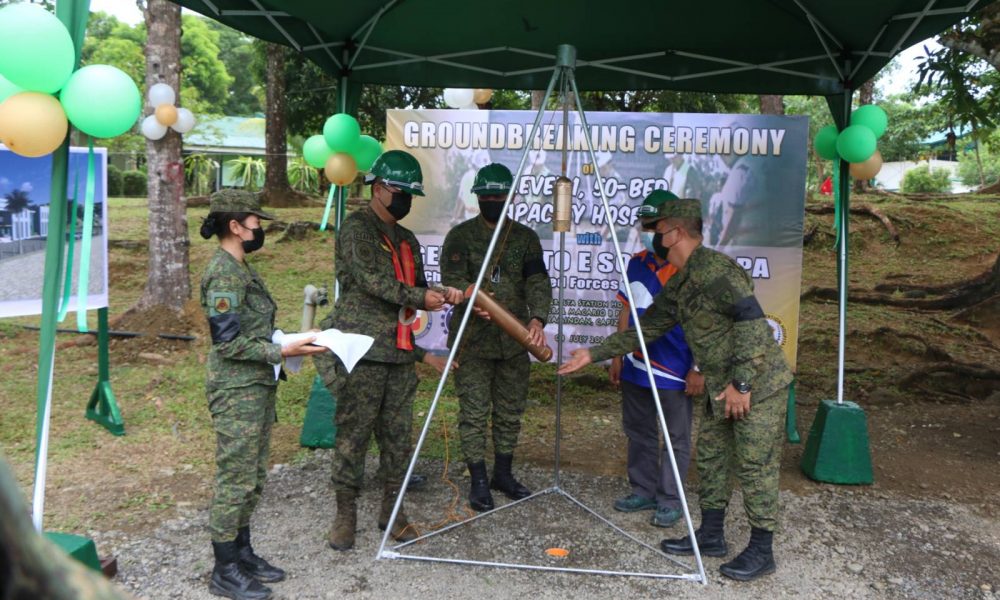 ROXAS CITY — The Department of Public Works and Highways (DPWH) and the Armed Forces of the Philippines led the groundbreaking ceremony for the 50-bed capacity Hospital at the 3rd Infantry Division headquarters in Camp General Macario Peralta Jr. on July 3.

The project worth P100.311 million was part of the national government’s “Build, Build, Build” program.

The two-storey hospital is seen to benefit the soldiers, their dependents as well as the residents near the camp. It will stand in the camp’s 2,376-square meter property.

The project was approved through the Department of National Defense and DPWH’s convergence program called Tatag ng Imprastraktura sa Kapayapaan at Seguridad (TIKAS) project which aims to reinforce the AFP’s service and security capabilities.

Sobejana said, “this project really motivates our people because our intention really is to strike a good balance between mission accomplishment and looking after the morale and welfare of our men and women. That’s why our facilities, our billeting facilities, the headquarters and other mission essential facilities including the hospital boost the morale and welfare of our troops during the time of the pandemic.”

“With the onset of the COVID-19 pandemic, the demand for larger space and better health accommodation also increase. Thus, this project is indeed timely and significant to accommodate patients, both military personnel and dependents,” Vinoya said.*