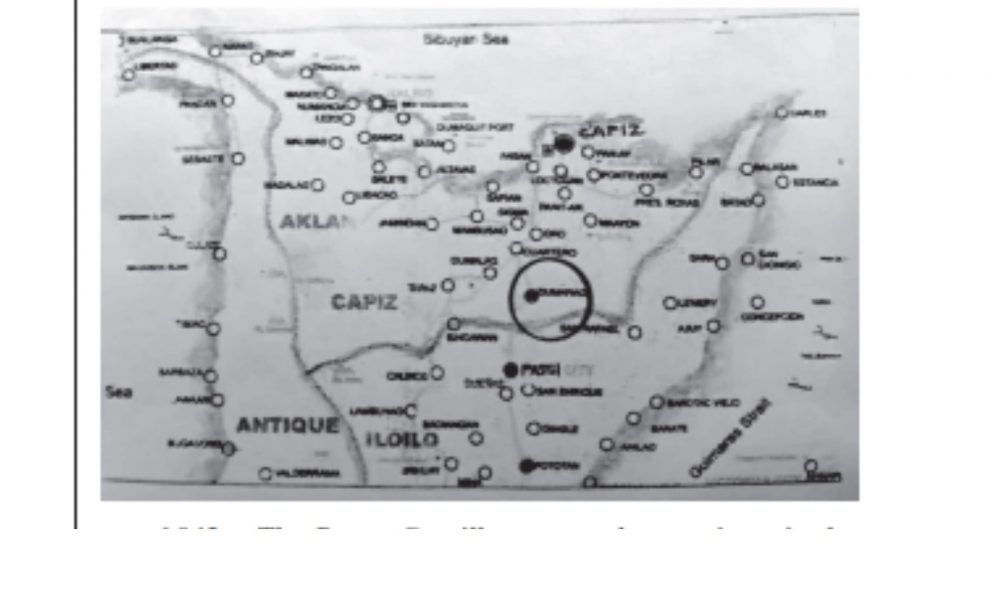 1942 – The Panay Guerillas operated, sometimes in the later part of this year, and airfield in the town of Dumarao
where the United State Army cargo planes from Layte landedto bring in war supplies to them. These cargo planes also took passengers to and from Leyte on offi cial missions.

“The airport controllers were U.S. Artillery personnel under Capt. Petrey who came from Layte. Mayor Cesar P. Roces was the Port Quartermaster with the duty of immediately sending the supplies received to Pototan, Iloilo through the
railway trains. The airport greatly helped in hastening the distribution of supplies to the guerillas because it is located at the heart of Panay. On the other hand, submarines delivered the supplies only at Antique shores – far from the other guerilla units.” (Aton Gid Ini! – San-Star Weekend, December 15, 1996)

It is noted that “responsible for secretly building at airport in Dumarao, Capiz was the Corps of Engineers. When finished, U.S. planes air-dropped arms and supplies for the guerillas there. Air Force Ground Unit under Major Magin Bautista was also responsible for managing and rescuing the Dumarao airport. While the Transportation Section activated the railroad line between Passi and Dumarao with one locomotive, with cars carrying arms and supplies from Dumarao airport to Passi to be distributed to the fi eld units in Iloilo.” (Atty. Ales Salvilla, Anything Under the Sun, Panay News, March 11, 2009)