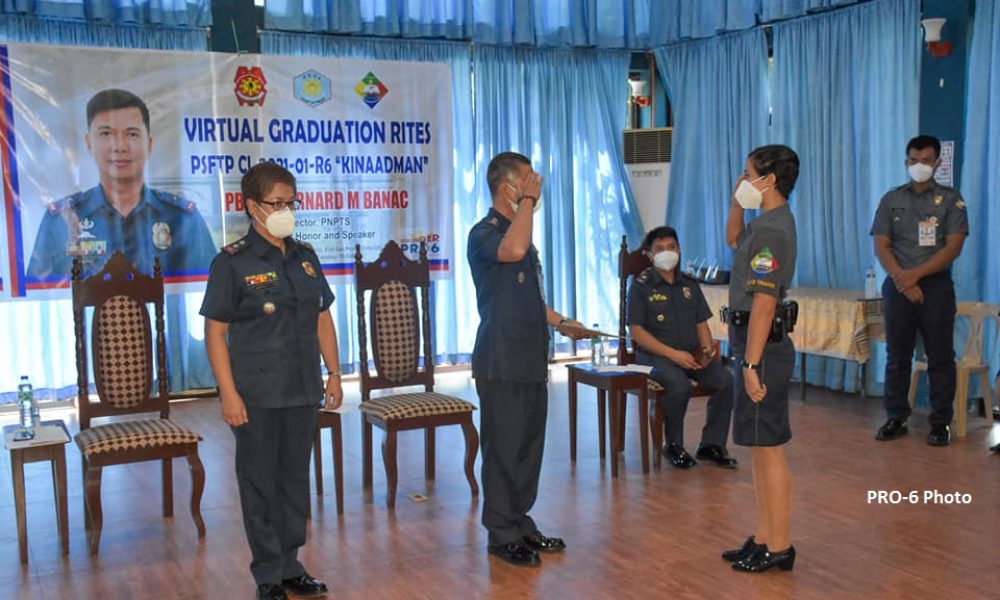 PSFTP is a 960-hour instructional program required for all police rookies after finishing their six-month training of Public Safety Basic Recruit Course.

The training is divided into three phases such as traffic, patrolling, and investigation.

The patrolmen and patrolwomen were supervised by their field training officers who served as their mentors.

The six-month PSFTP also equipped the trainees with knowledge and skills of what is community policing about. Further, it will prepare them to become effective and efficient police officers in their assigned units in the future.

During the virtual ceremony, Brigadier General Bernard  Banac, director of National Police National Training Service (PNPTS), who is the guest of honor and speaker, congratulated the trainees for completing the one year probationary period of the training program required for them to become a full-fledged members of Philippine National Police.

“Your training doesn’t end today, but it is the new beginning for you to serve our country as full-time police officers. This is your opportunity to make a change, to become a leader as you are called to be,”  Banac said.

Part of the program is the awarding of the top 3 most outstanding trainees of the class.

Patrolman Geson Ariente was the top of the class, followed by Patrolman Ferdinand Asoy and Patrolman Gilbert Animas.