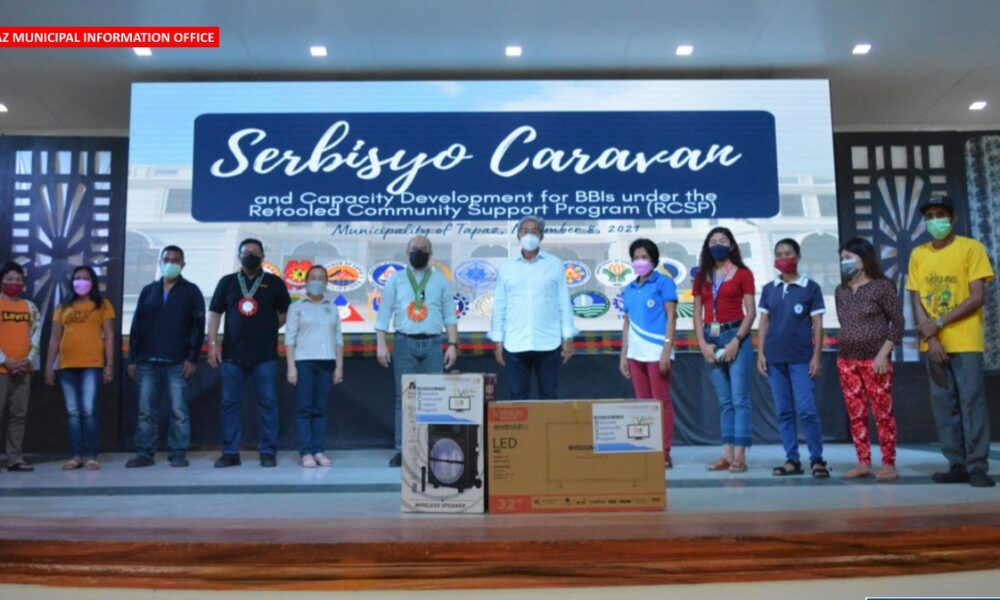 Six barangays in Tapaz, Capiz inched their way towards the national government’s development intervention as part of the whole-of-nation approach to end the local communist armed conflict in the area.

These are barangays Acuña, Aglinab, Katipunan, Lahug, Roosevelt and Tacayan which compose the 12 Retooled Community Support Program (RCSP) beneficiaries in the province and among the 93 RCSP villages in the region this year.

“The RCSP is an inclusive program that aims to address issues and concerns in the communities through the much needed government interventions,” said Department of the Interior and Local Government (DILG)–6 director Juan Jovian Ingeniero during the “Serbisyo Caravan” and Capacity Development for Barangay – Based Institutions under the RCSP program, November 8, in the municipality.

Ingeniero added that the initiative is among the government’s intervention to bridge the gap between the government and the people.

For his part, Tapaz mayor Roberto Palomar said that that Pres. Rodrigo Duterte’s holistic approach as embodied in his Executive Order No. 70 coupled with good governance is really needed to end the insurgency problem in the country.

The local government has initiated various infrastructure projects like roads to upland barangays, health stations and day care centers, among others, in support to the campaign against insurgency by bringing the government closer as well as ensuring it is felt by the people.

The RCSP is a strategic tool to achieve the objectives of Pres. Duterte’s EO No. 70 or the whole –of-nation approach to end local communist armed conflict (ELCAC) in the country.