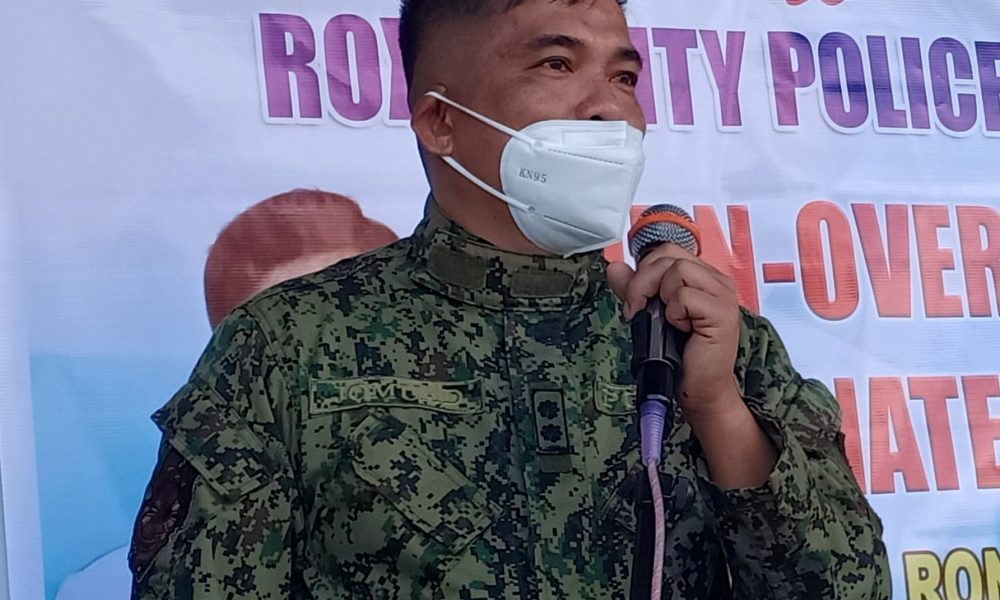 ROXAS CITY – At least 94 percent of the crimes in Roxas City has been resolved from January to October this year, Lt. Col. Ricardo Jomuad Jr., city police chief, said.

The said percentage is higher than the standard crime clearance efficiency rate at 73 percent, Jomuad said.

Of the 503 focus crimes in the city, only two cases were remained unsolved, a drug case and the death of the late Barangay Captain Onel Arandez.

“Hopefully, the unresolved cases would be resolved this year,” Jomuad said.

Moreover, all robbery, motornapping, and theft cases from January to October were solved, Jomuad said.

Of the 77 wanted persons arrested, seven are in the Top 10, Jomuad added.

From January to October, 55 drug personalities were also arrested, he said.*