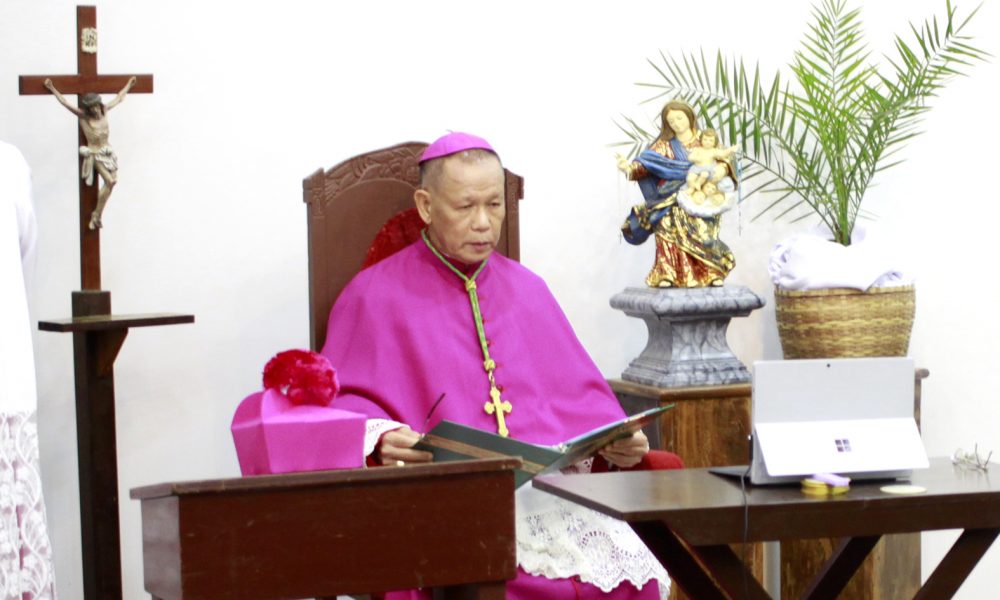 Pope Francis has formally elevated Archbishop Jose Advincula of Capiz to the rank of cardinal in an unusual consistory at the Vatican on Saturday, November 28.

Advincula was created a cardinal despite failing to make it to the Vatican because of restrictions related to the COVID-19 pandemic.

Advincula instead followed the occasion at his residence in Roxas City via livestream from the St. Peter’s Basilica. Wearing a “choir” cassock, he watched the consistory along with some priests.

The cardinal also admitted of still having “apprehensions” because of the tasks attached to his new mission.

In the Vatican, the pope read each of the names of the 13 new “princes of the church” and gave those present their red hats and rings.

The new cardinals also promised to obey the pope. Their main task is to offer him advice and eventually elect his successor.

At 68, Advincula is eligible to vote in a conclave. He is also one of the only two active Filipino cardinal aside from Cardinal Luis Antonio Tagle who is now based in the Vatican.

The Holy See press office earlier said that Advincula and Sim will still receive their distinctive insignia, but on a later date.

The press office said that a representative of the pope would present them with the red hat, cardinal’s ring and title connected with a Roman parish “at a time to be decided later.”

According to Vatican News, the physical distance made Saturday’s consistory unusual “but not unprecedented”.

It said that in February 2014, a cardinal-designate got a special dispensation to skip the in-person ceremony due to age and ill-health. The Dean of Cardinals then bestowed the biretta and cardinal’s ring upon Cardinal Loris Francesco a month later.

The new cardinals did not also follow the long-standing tradition of receiving well-wishers after the ceremony because of COVID-19 restrictions.* (CBCP News)