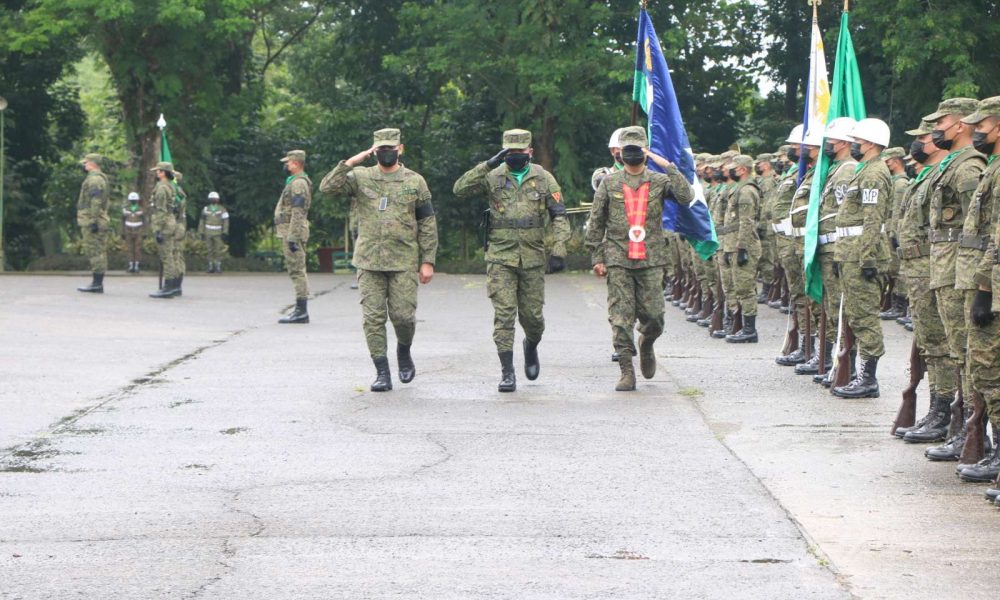 Armed Forces of the Philippines chief of staff General Cirilito Sobejana made his exit visit at the 3rd Infantry (Spearhead) Division headquarters in Camp Peralta, Jamindan, Capiz on July 3.

He was welcomed by the Spearhead Troopers through traditional military arrival honors led by Major General Eric Vinoya, the 3ID commander.

Sobejana’s visit at the 3ID headquarters is part of his exit call as he is set to bow out from the military service upon reaching the mandatory retirement age on July 31.

During his exit visit, Sobejana also led the groundbreaking ceremony of the 50-bed capacity hospital inside the camp.

“It is an honor and privileged that our AFP chief takes time to visit the 3ID to bid farewell before his retirement. His visit is not only historic, but it will also lift the dedication and commitment to service of every Spearhead Trooper,” Vinoya said.

In his customary moment with the 3ID soldiers dubbed as “Talk to Troops,” Sobejana emphasized that public service is very fulfilling and can’t be bought by money.

“Our ranks and positions are just incidental to public service. As we do our job as public servants, our feet should remain to the ground. As soldiers, we are always expected to serve the people,” he said.

Sobejana is a member of the Philippine Military Academy “Hinirang” Class of 1987. He is considered as one of the country’s living heroes, being a recipient of the Medal for Valor, the highest military honor bestowed for demonstrating bravery and sacrifice above and beyond the call of duty when he fought Abu Sayyaf terrorists in 1995. He was then an Army captain when he led his troops against hundreds of ASG members in a fierce battle that lasted more than four hours.

His first visit at 3ID was on August 27, 2020, when he was the commanding general of the Philippine Army.*