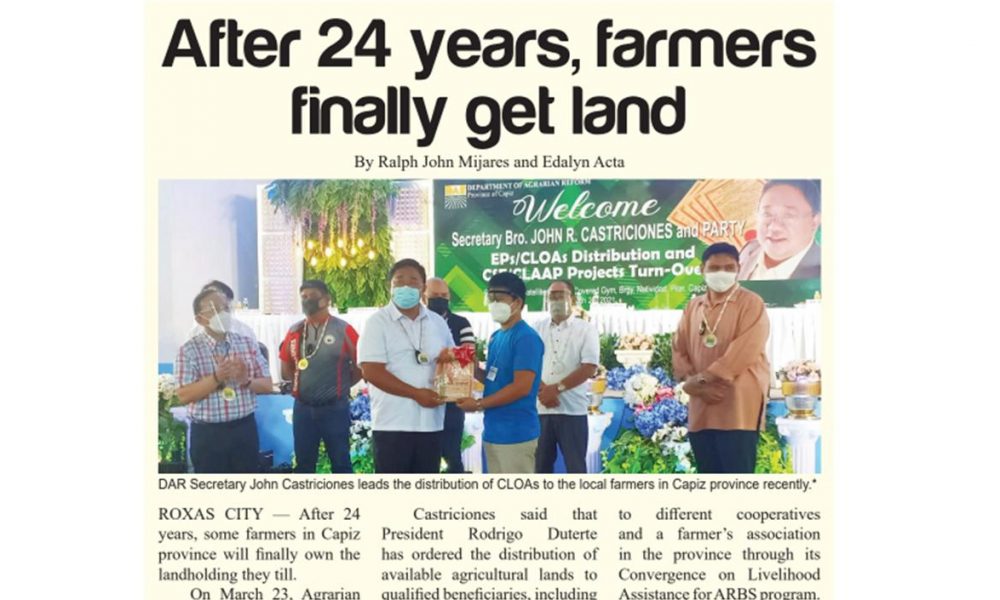 ROXAS CITY — After 24 years, some farmers in Capiz province will finally own the landholding they till.

On March 23, Agrarian Reform Secretary John Castriciones led the distribution of the certificates of land ownership awards involving 398 hectares for the 299 agrarian reform beneficiaries at the covered gym of the Capiz State University campus in Pilar town.

Castriciones said that President Rodrigo Duterte has ordered the distribution of available agricultural lands to qualified beneficiaries, including former rebels, to pave the way for the progress and long-lasting peace in the countryside.

“The help of DAR does not stop here. It is only the beginning of more help and more assistance,” he stressed.

Meanwhile, DAR-Capiz also distributed P2,344,172 worth of livelihood assistance After 24 years, farmers finally get land to different cooperatives and a farmer’s association in the province through its Convergence on Livelihood Assistance for ARBS program.

Also, P4,547,000 worth of farm machinery, equipment, and common service facilities were distributed to the different cooperatives. (with reports from PIA Capiz)