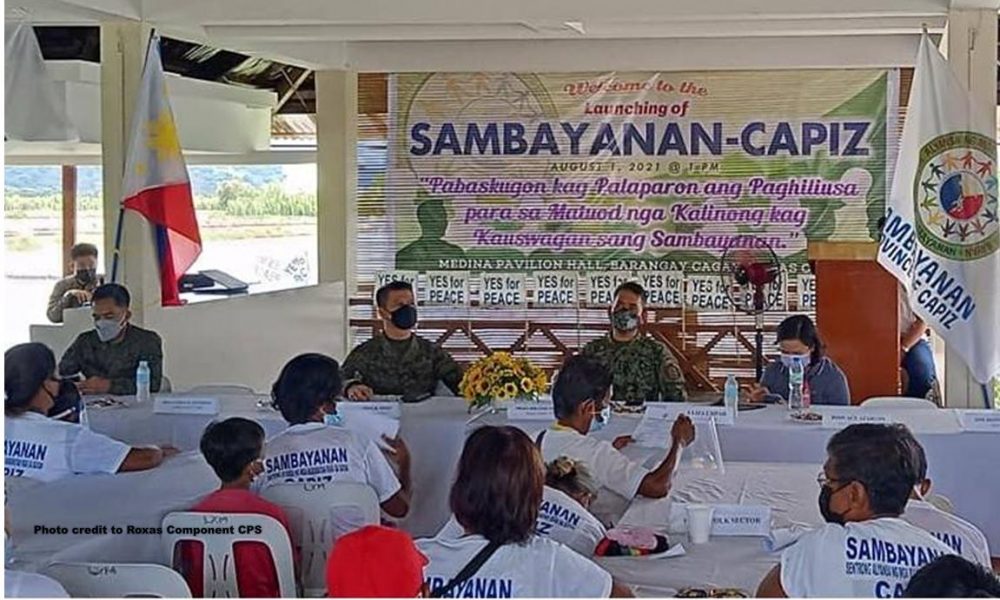 Gov. Esteban Contreras, who was the guest speaker, administered the oath-taking of the officers.

Capt. Hazel Joy Durotan, Civil Military Operations (CMO) Officer of 301st Brigade of the Philippine Army stationed in Dingle, Iloilo, said all members and officers of the SAMBAYANAN-Capiz declared and committed to uphold the sanctity of life, respect and protect human rights and welfare; support the government’s vision, mission, and goals in ending local communist armed conflict Durotan said, some of the members of SAMBAYANAN-Capiz are former rebels or Cadres who are now working and in partnership with our CSP teams in reorganizing and deradicalizing the different Communist Terrorist Groups affected sector of the community.

SAMBAYANAN-Capiz aims to assist the needs of all sectors as a result of the concerted efforts to stop local communist armed warfare.

Also present during the event were Glen Amane, executive consultant to the mayor, who represented Roxas City Mayor Ronnie Dadivas, welcomed the delegates from various sectors as the host municipality.

The organization strives to support NTF-whole-of-government ELCAC’s and whole-of-nation strategic framework, as well as operational missions based on good governance, in a real and consistent manner.*