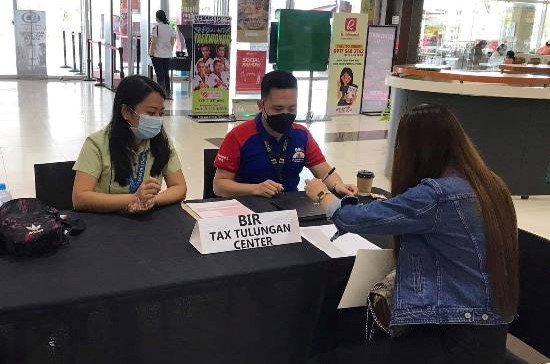 Three Tax Tulungan Centers were established by the Bureau of Internal Revenue (BIR) Revenue District Office No. 72 in view of the filing and payment of annual income tax returns (ITR) on or before April 18 this year.

The BIR has moved the original April 15 deadline as it falls on a Good Friday which is a national holiday.

BIR RDO No. 72 Public Information Officer Edgar Salvador, Jr. said that these centers are at the Robinson’s Place in Brgy. Lawaan as well as City Mall Commercial Center in Roxas Avenue and Arnaldo Boulevard, all in Roxas City.

“These will entertain inquiries, assistance in computing and filing of returns and accept income tax payments from March 28 to April 18,” he stressed.

The RDO will open on April 2 and 9 to accept income tax returns. It also opened for the same assistance to taxpayers last March 26.

The RDO has launched the 2022 tax campaign early this March with the awarding of top 3 non-individual as well as individual taxpayers and withholding agents.

“Despite the fact that the pandemic has tested our ability to collect and delivery of services to all our recipient individuals, we are able to adapt and adjust thus we are now reaping the fruits of our hardwork as a team,” said BIR RDO No. 72 head Eralen De Aro during the regional tax campaign kickoff. (PIA Capiz)

One of the Tax Tulungan Centers established by the Bureau of Internal Revenue in Roxas City. (PIA Capiz photo)