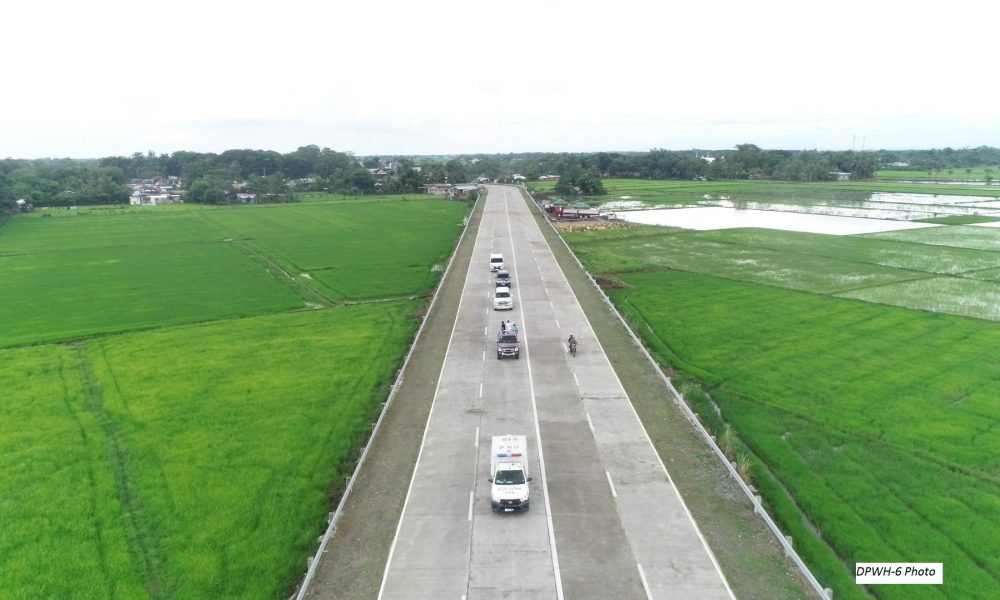 Traveling to northern Iloilo towns is faster with the completion of the 1.75-kilometer by-pass road along junction Iloilo-Capiz East Coast-Capiz Road in Barotac Nuevo town.

With the total cost of P136.294 million, the said by-pass road project was initially undertaken by the Department of Public Works and Highways (DPWH) Regional 6 in 2017 in the amount of 116.698 million. The project involved the construction of a new road opening with a length of 1.75 kilometers, 4 lanes, and 6.70 meters wide on both sides.

To complete the project, an amount of 19.598 million was poured by DPWH, Iloilo 2nd District Engineering Office in 2020, which involved the concreting of 4-lane, 13.4-meter wide Portland Concrete Cement Pavement (PCCP) with 1.5-meter paved shoulders, and slope protection structures.

“This (by-pass) road will decongest traffic in Barotac Nuevo town proper, hence, would facilitate faster and a more comfortable travel to various destinations in northern Iloilo and neighboring provinces of Capiz and Aklan,” Delfinado said.

Delfinado added that the completed project will reduce travel time, which will result in better economic activities and more livelihood opportunities among the people in Barotac Nuevo and other towns in the 4th congressional district of Iloilo.*