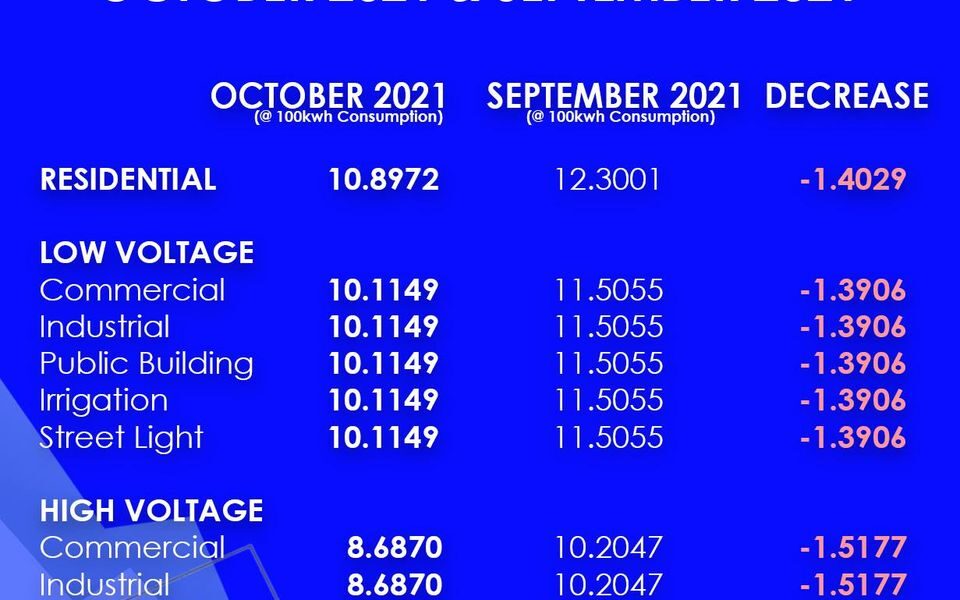 ROXAS CITY — The Capiz Electric Cooperative (Capelco) has decreased its residential rates by P1.4029 in October.

Capelco general manager Edgar Diaz said that the decrease in residential rates was due to the appeal of different electric cooperatives in Negros and Panay Island to the Energy Regulatory Commission.

The appeal for the generation charge adjustment was due to the damage in National Grid Corporation of the Philippines’s 138 kilovolt high voltage underwater submarine cable in June 2021 by a Department of Public Works and Highways project in Bio-os River at Amlan, Negros Oriental.

“The incident was not the consumers’ fault,” Diaz said.

Diaz said that the cable takes months to fix since it requires experts to do so.

Capelco stressed that the rates are inclusive of value added tax but excludes fixed charges of P5 for residential users and P78.86 for low voltage users.*