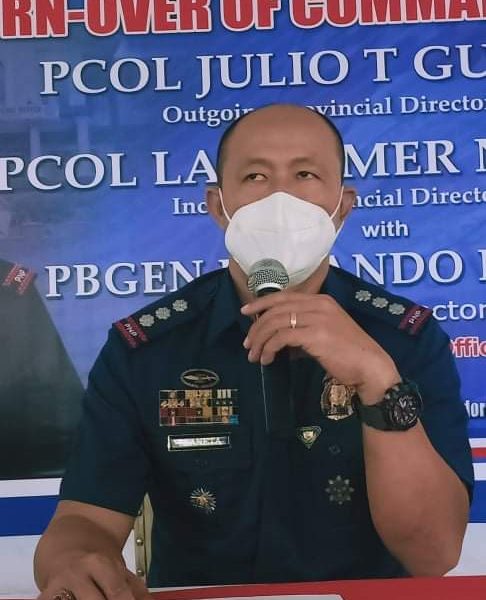 This came following the retirement from the police service of Police Col. Julio Gustilo, Jr.

Miranda, during the ceremony, challenged Llaneta to make even if not totally surpass the accomplishments of
outgoing director Gusilo.

Llaneta, who is a member of Philippine National Police Academy Class 1998 and a native of Tayabas, Quezon, also highlighted his focus of operations against all forms of illegal activities in the province.

Prior to his assignment in Capiz, he was with the Directorate for Integrated Police Operations-Southern Luzon since September 1, 2019. From September 2005 to May 2016, Llaneta occupied various positions under Police Regional Office 4A (CALABARZON).

In the earlier years of his officership, Llaneta had served Police Regional Office 12 having been assigned with Sultan Kudarat Police Provincial Office, where he occupied several positions before he was reassigned to the Criminal Investigation and Detection Group (CIDG) in 2002.

On the other hand, Gustilo, who is a native of Bago City, Negros Occidental and has served as the Capiz top cop since November 28, 2019, is a member of PNPA Class 1992.

During his stint as the provincial director, he was known for his tag line “Service with a Happy Heart.”

Gustilo pioneered the “Bahaynihan” project which aims to provide homes and livelihood to the poorest of the poor residents in Capiz.