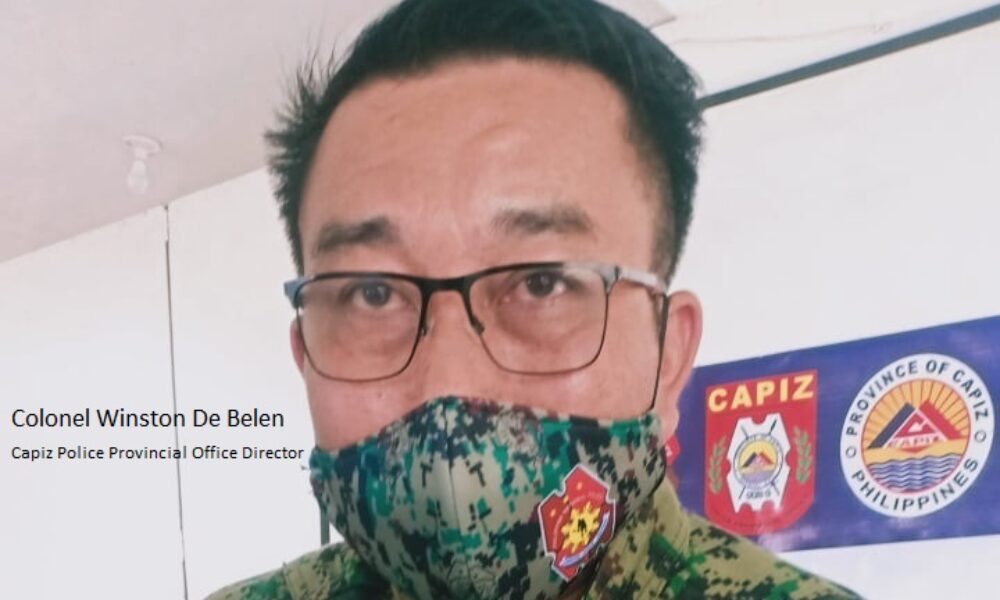 Newly-installed Capiz Police Provincial Office director Colonel Winston De Belen said that he will continue the projects left by his predecessor,  Col. Laudemer Llaneta who was assigned to Central Visayas.

In his first meeting with the local media, he presented his priority plans for the province which focuses on peace and order.

To achieve this, it is important to strengthen partnership in the community by conducting close coordination or “pulong-pulong,” information dissemination campaign through social media, radio interviews, and print media.

Also, the police will closely coordinate with Inter-Agency Task Force (IATF), especially in the grassroots and barangays for the implementation of new normal protocols.

He will also focus on the campaign against illegal drugs, gambling, loose firearms, and illegal fishing.

De Belen also urged the Capizenos to be vigilant in the coming election.*