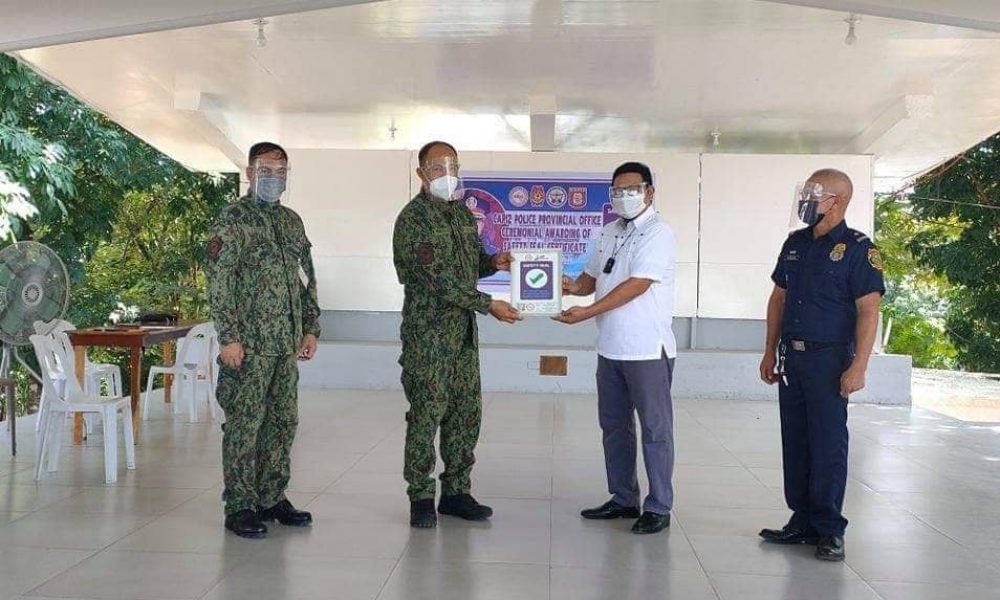 The Capiz Police Provincial Police under the leadership of Col. Laudemer Llaneta received a “Safety Seal” certificate issued by the Department of the Interior and Local Government after it complied with all the health and safety checklist set by the government in preventing the surge of COVID-19 during the onsite inspection on September 2.

The inspecting team was led by  DILG-Capiz provincial director John Ace Azarcon, who said the “Safety Seal” program is granted to establishments that are compliant with the minimum public health standards and use of StaySafe.ph application, indicating that the building adheres to the protocols against COVID-19.

During the program,  Llaneta said that a safe working environment in the provincial police headquarters at this time has always been a top priority.

He said that the organization has also been using the StaySafe.ph application aside from the PNPCODA, a self-assessment system that is being used daily by all personnel.

He added that the provincial police have been observing health safety by passing through temperature scanners and handwashing stations for a hygienic routine.

During the inspection, Llaneta also showed the clean and well-ventilated offices with installed physical barriers.

“Now, that the CPPO is certified with a ‘Safety Seal,’ it truly affirms that we have been strictly practicing the minimum public health standards and are working in a safe environment as we deal with our PNP and civilian clients inside Camp Apil,” Llaneta said.*