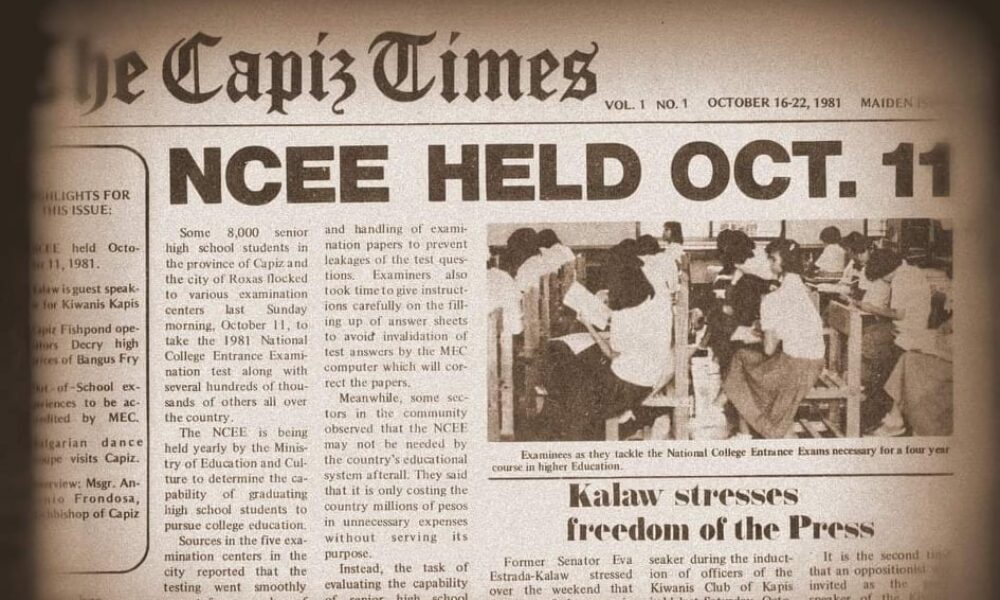 The Capiz Times has become a household name in the local newspaper industry in the province. It is the most widely distributed local broadsheets, unchallenged for many years.

Established in October 1981 by spouses Atty. Antonio and Mrs. Corazon Ortiz, The Capiz Times has withstood the challenges and perils of newspapering in those dark episodes of the province history: from the days of 1972 Martial Rule to the aftermath spillovers of the 1986 Edsa Uprising and the series of coup d’etat 1988-1989.

It was also on top of news chronicling during the first elections held in the 1990s; to the unforgettable impunity of supertyphoon Yolanda, other natural disasters’ wreckages to the loss of lives, fortune, and life sustenance opportunities during this Covid-19 pandemic times.

Its tagline, the voice of Capiceño, resonates with respect among the ranks of the professional and academic community. It is likewise a source of inspiration for budding writers or journalists who had been trained by The Capiz Times Editorial staff for more than two decades.

The Capiz Times never reneged on its institutional principle of providing balanced, fair, accurate, and credible information to readers and data users.

Forty years, often said, is a judgment call for people and sectors/communities, whether they overcame the rites of passage – in this case – of journalism practices worthy to be called an “institution by itself”.

Among the writers whose integrity and competence made The Capiz Times an institution of local journalism, our tribute goes to late Helen Acolentaba, who was the first editor, Fe Villarruz, Gerry Pagharion, Rico Infante, Nino Manaog, and Marchel Espina.*