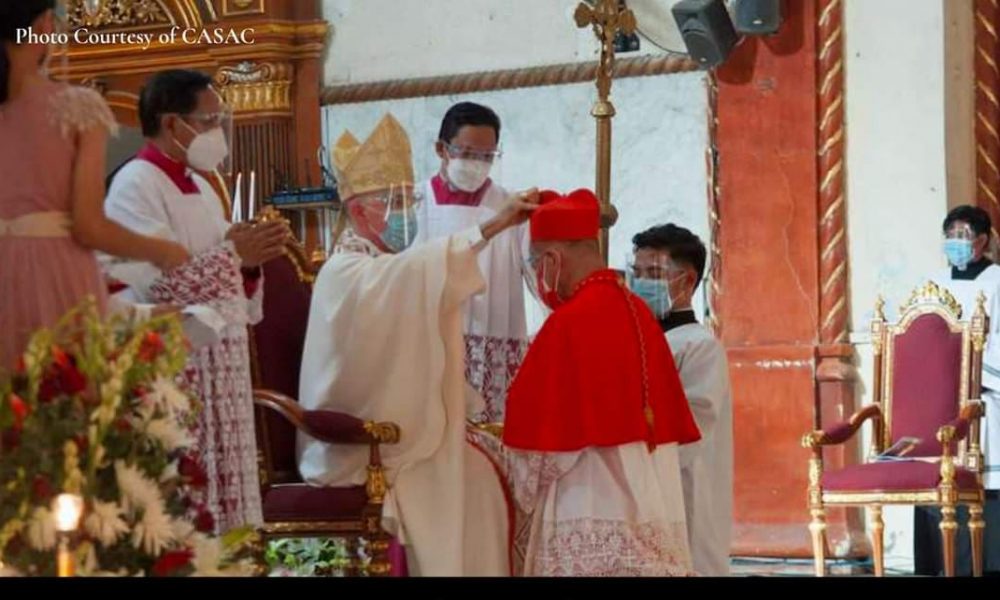 The solemn imposition of the red biretta (hat) to His Eminence Jose Cardinal Advincula Jr., Archbishop of Manila and Apostolic Administrator of Capiz was held at the Metropolitan Cathedral of the Immaculate Conception in Roxas City on June 18.

In attendance at the ceremony which included the giving of the ring and assignment of title was His Excellency, the Most Rev. Charles John Brown, Apostolic Nuncio to the Philippines. This was followed by the thanksgiving mass presided over by the Cardinal himself. He also delivered the homily.

Also present were Archbishop Jose Romeo Lazo of the Archdiocese of Jaro and Bishop Jose Corazon Talaoc of the Diocese of Kalibo.

Local government officials, some family members of the Cardinal, and the lay faithful also graced the occasion.*