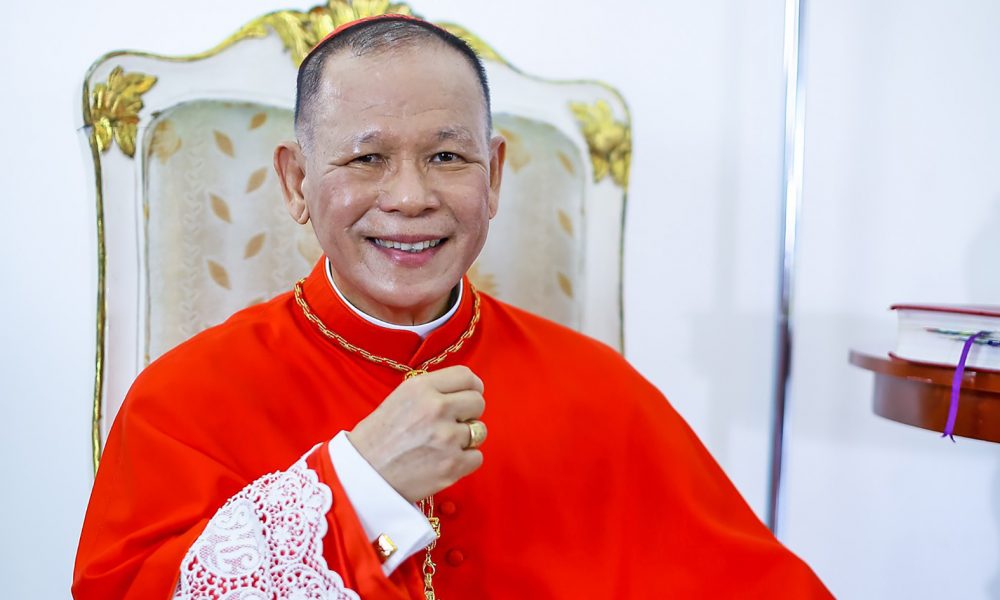 ROXAS CITY – Cardinal Jose Advincula will get his biretta, a red hat worn by the Roman Catholic clergy, in a ceremony in the Immaculate Conception Metropolitan Cathedral in Roxas City on May 28.

Apostolic Nuncio to the Philippines Archbishop Charles Brown will lead the celebration and will also bestow the cardinal’s ring to Advincula.

Arbatin said that some bishops, priests, the cardinal’s immediate family members, and a representative from each of the Capiz archdiocese’s 67 parishes and mission stations would be composing the list of people invited.

Advincula was not able to make it for the November 28 consistory of new Cardinals due to travel restrictions which led him to join the ceremony online.

Those who were able to go to the ceremony at the St. Peter’s Basilica in Rome were able to get their red hats and rings as cardinals.*