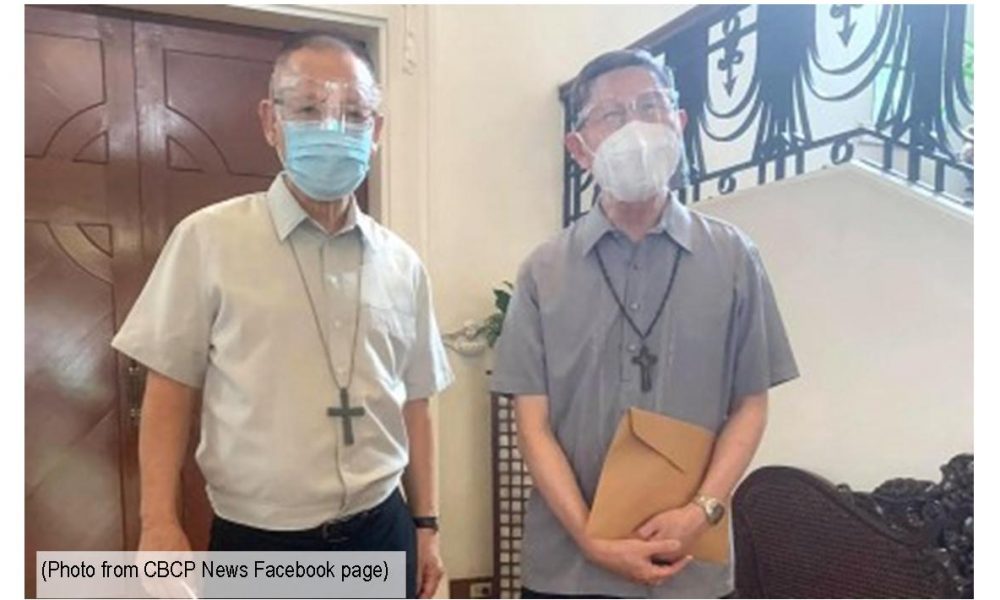 FOR the first time after being installed as the new head of the Archdiocese of Manila, Manila Archbishop Jose Cardinal Advincula finally met his predecessor Luis Antonio Cardinal Tagle.

In a Facebook post, the Catholic Bishops’ Conference of the Philippines (CBCP) News reported that both Catholic Church officials met recently at the Manila archbishop’s residence in Intramuros, Manila.

It added that Tagle, prefect of the Vatican’s Congregation for the Evangelization of Peoples, is in the country for a short vacation.

The former head of the archdiocese was in Rome when Advincula was installed to his new post held last June 24 at the
Manila Cathedral.

On March 25, Pope Francis appointed the cardinal to head the Manila archdiocese.

Tagle held the Manila archbishop position for seven years until he was appointed by the Holy Father to the Vatican post in December 2019.

Advincula was the former archbishop of Capiz. (PNA)