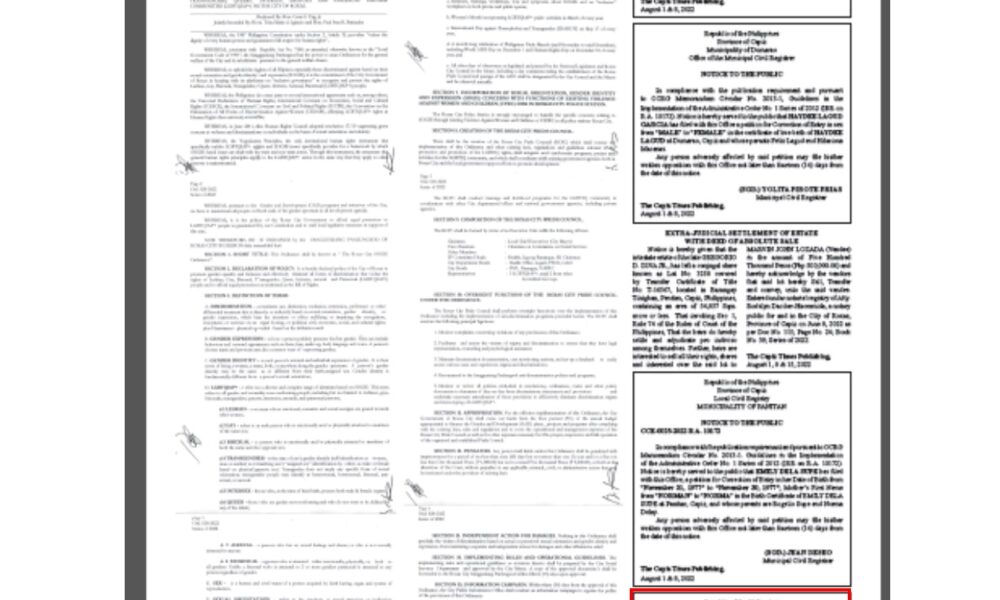 In compliance with the publication requirement and pursuant to OCRG Memorandum Circular No. 2013 1. Guidelines in the Implementation of the Administrative Order No. 1 Series of 2012 (IRR on R.A. 10172) and Section 5 R.A No. 9048, notice is hereby served to the public that MELCHISEDECH C. ALLER has fi led with this Office a Petition for Correction of Child’s First Name from “CRESOSTOMO” to “CRISOSTOM”, Child’s Date of Birth from ”MAY 1, 1959” to “MARCH 1, 1959”, Father’s Middle Name to read as “BIGCAS” and Mother’s First Name to read as “SABINA” under R.A. 10172 in the Birth Certificate of CRESOSTOMO CATIEMPO ALLER who was born on May 1, 1959 at Milibili, Roxas City, Capiz and whose parents are Pedro Bigcas Aller and Sabina Dalisay Catiempo.

Any person adversely aff ected by said petition may file his/her written opposition with this offi ce not later than (14) days from date of this notice.