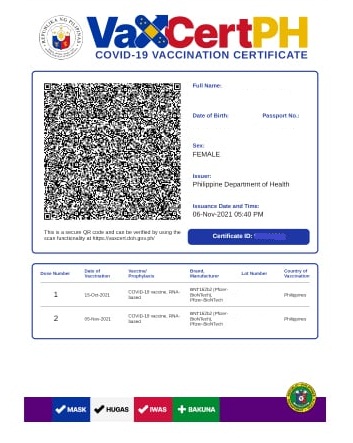 The Department of Science and Technology (DOST) has recorded 3,981,310 million users of the Safe, Swift, and Smart Passage (S-PaSS) travel management system application nationwide as of Oct. 25 this year.

Science Research Specialist II and Unit Head of the DOST Grants-in-aid (GIA) Program Jean Edessa D. Avila said the S-PaSS was developed in the region led by regional director Rowen Gelonga with the initial plan of having it implemented only in Western Visayas.

However, the National Inter-Agency Task Force on the Management of Emerging Infectious Disease on Feb. 26, 2021 approved Resolution number 101 that institutionalized S-PaSS as the one-stop-shop application/communication for travelers in the country.

It is now being utilized by 96 out of the 121 provinces and highly urbanized cities (HUCs) in the country.

The S-PaSS, Avila said, has made it easier for the public to comply with their travel requirements online without the need to visit their respective local government units (LGUs).

By accessing the application, travelers would be able to verify the latest travel policies in their LGU of destination.

“It was accepted by LGUs and has helped them in managing travelers,” she said in an interview.

Since it was officially launched in March, the DOST has recorded 3,827 428 registration for the Travel Certification Permits (TCPs); 2.119 million were approved, and 2, 584,083 Travel Pass-Through Permits (TPPs) were generated.

The S-PaSS is one of the major science and technology initiatives developed under the GIA Program of the DOST.

From an initial fund of PHP500,000, DOST has to infuse a higher fund this year since they need to invest in servers because the area of coverage is already wider.

Apart from the S-PaSS, DOST has also released PHP7.7 million funds for eight projects that were implemented by its external partners such as LGUs, national government agencies (NGAs), and non-government organizations (NGOs) last year.

This year PHP5.3 million was released for three projects.

Availa added that there were struggles and difficulties along the way but they still were able to release funds.

“DOST employed online platforms to meet with clients for the program to be realized,” she said.

All funds released to partners are properly liquidated and projects are monitored through their provincial offices.

Those who are interested in availing of the support are advised to call or visit the nearest provincial office of DOST for the requirements and to be determined if they are qualified for the grant. (PNA)