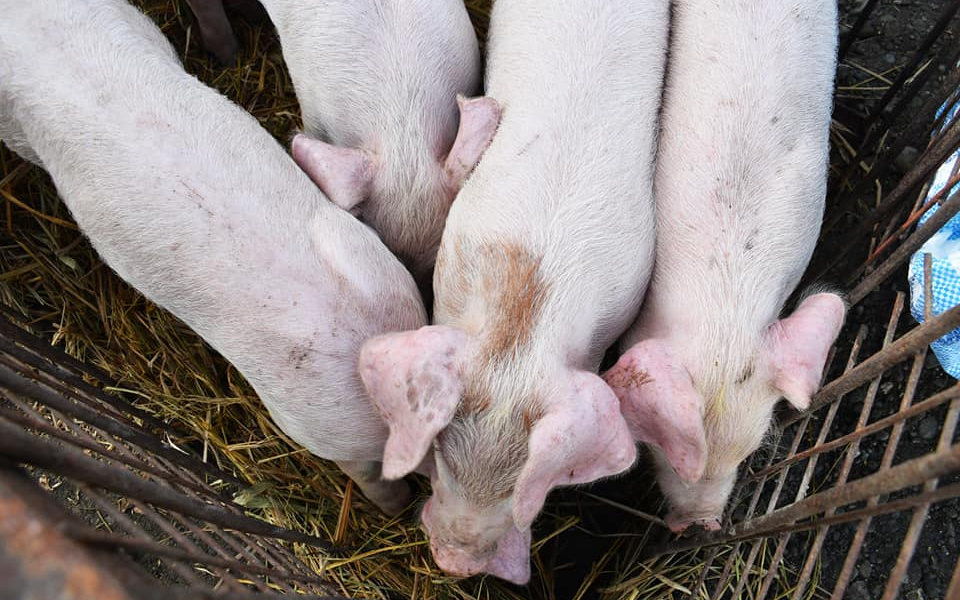 As the local raisers start to gain economically with the live weight price for hogs reaches up to P170 per kilogram, the Department of Agriculture (DA) Western Visayas and the provincial veterinarians are devising plans to ensure unhampered hog movement to Luzon without compromising the region’s industry from the threats of the African Swine Fever (ASF).

“Efforts are being made to protect the more than P20-billion industry of the region in which 89 percent are backyard raisers. Our hog shipment to Luzon has provided the farmers the opportunity to earn more considering that before the COVID-19 pandemic, the live weight price for hogs was only at P85-90 per kilogram and the average production costs of hog raisers in the region is P120 per kilogram,” said DA regional executive Director Remelyn Recoter.

Recoter convened virtually on April 15 with the provincial veterinarians of the region as well as the heads of the different agencies and private sectors involved in the ASF control to determine the constraints in the implementation of various ordinances and guidelines.

“As of the third week of March, we were able to ship out at least 70,000 heads of hogs to Luzon particularly in Metro Manila according to the data of the Bureau of Animal Industry- Veterinary Quarantine Station 6. We contribute 20 percent of the total hogs exported from the green zones or areas not affected by ASF to augment the low pork supply in Luzon,” said Recoter.

The provincial veterinarians here are proposing for the temporary suspension or the banning of livestock transport carriers registered outside the region to operate in Panay Island with the premise that the unregulated movement of trucking vehicles will only lead to local ASF incidence. Biosecurity protocols and proper disinfection of transport carriers were reportedly not strictly being followed, thus causing alarms to the local task force.

Apart from the suspension or banning as a solution to this logistic concern, they will also push for the proper disinfection of all transport carriers at the ports or areas of origin, and the seven-day-downtime-period to allow mandatory disinfection of outgoing and returning transport vehicles carrying livestock.

Another strategy being considered is for the locally-registered hog vans to carry hogs from the region to Roxas, Mindoro where the trucking vehicles of the Luzon traders are waiting for the animals to be hauled to abattoirs in Metro Manila.

On the other hand, Ahii said in a radio interview, that USPAI representing the producers’ side, is opposing the government’s enactment of Executive Order 128 or reducing the tariffs on imported pork meats as a means to address the pork supply shortage and to stabilize prices.

Ahhi stressed that the government should not depend on pork importation to solve the instability of pork supplies, but rather support the hog raisers particularly the backyard farmers in increasing the animal inventory.
Meanwhile, Recoter said the DA has crafted repopulation and restocking programs to help hog raisers to recover and revive the industry even in the green zone areas through the Agricultural Credit Policy Council, Land Bank of the Philippines, and the Development Bank of the Philippines.

She also urged all farmers in Region VI to immediately report any suspicious and sudden swine mortalities as the government has readied an indemnification program for affected farmers. The public should also refrain from online buying and selling of pork and pork by-products to prevent the spread of the hog virus in the region, she emphasized.*