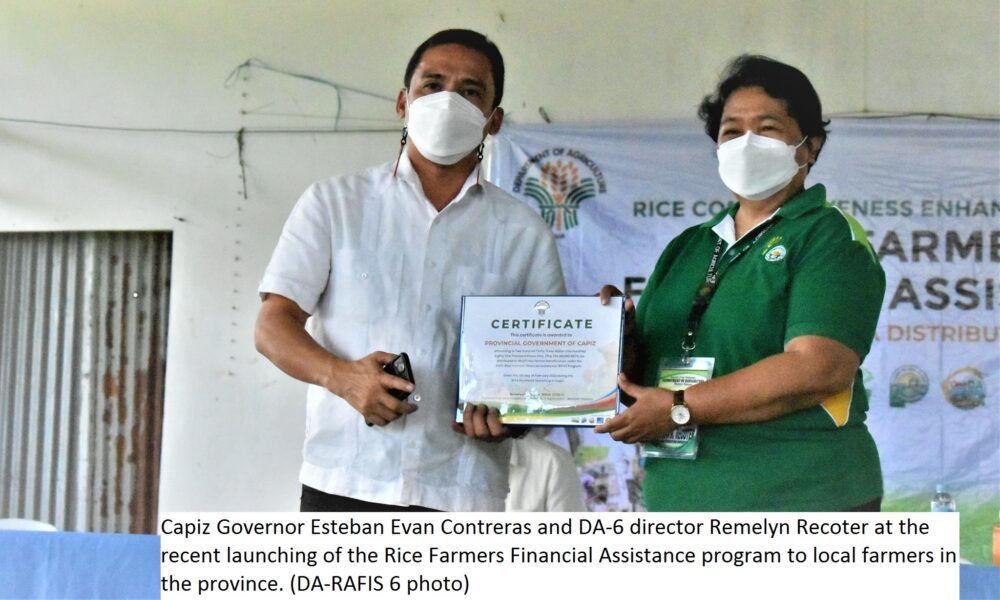 The Department of Agriculture (DA) Western Visayas launched the Rice Farmers Financial Assistance (RFFA) program for Capiz rice farmers on February 7 at the municipality of Cuartero.

Recoter commended the constant support of the local farmers and fishers in sustaining the country’s food requirement despite the challenges in the sector and the difficulties brought by the ongoing COVID-19 pandemic.

The RFFA, as a national program, is being implemented by the agency using the excess in the P10 billion annual RCEF allocation from the tariffs generated in rice importation.

Moreover, the cash aid aims to provide temporary relief to rice farmers who encountered a decline in income during the Rice Tariffication Law transition phase.