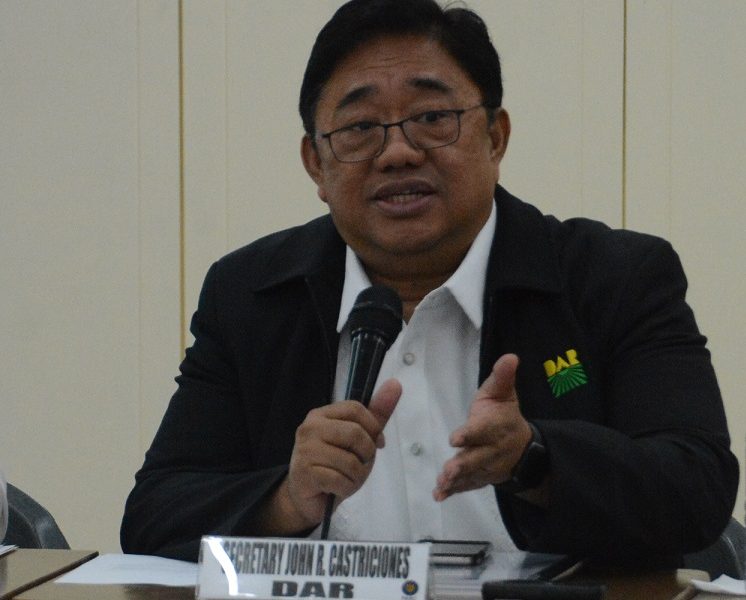 Castriciones was supposed to come on March 12 for the distribution of land to different beneficiaries in the province.

In Culilang, President Roxas, where the widest land to be distributed is located, each beneficiary will get three hectares of land, DAR-Capiz officer-in-charge Anthony Arostique said.

Aside from President Roxas, the distribution of certificate of land ownership award for some 150-hectare landholding was set in Dao, Maayon, Panay, Panitan, Pontevedra, Sapian, Sigma, and Tapaz.

A total of 187.3302 hectares of land in Culilang, President Roxas, Dulangan, Pilar, and San Esteban, Pilar would also be distributed.

The beneficiaries are farmworkers, Canas said.

Meanwhile, DAR-Capiz has distributed P2,344,172 worth of livelihood assistance to different cooperatives and farmers associations in the province in 2020 through its Convergence on Livelihood Assistance for agrarian reform beneficiaries project.*