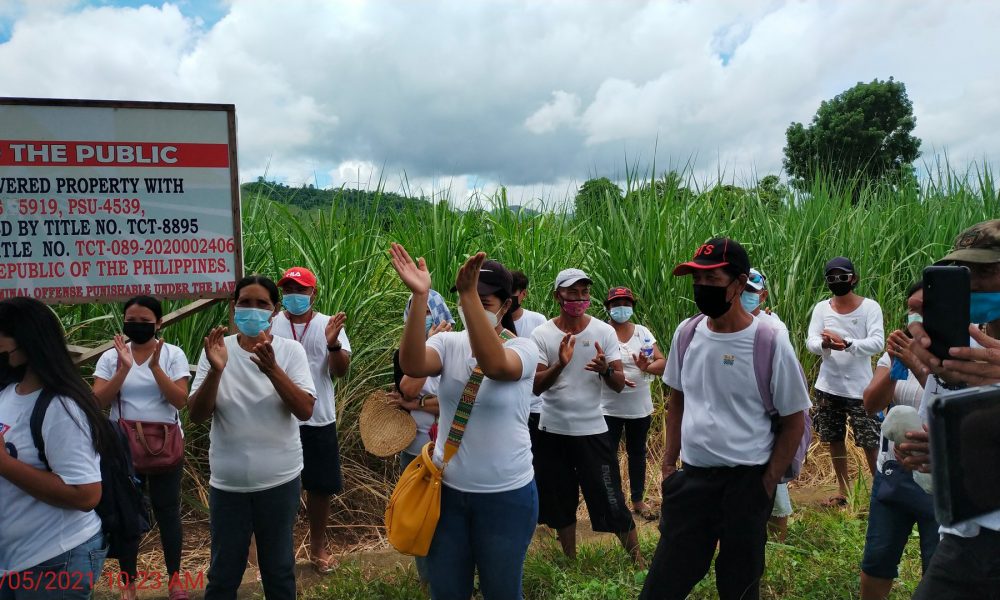 The Department of Agrarian Reform (DAR)-Capiz Provincial Office has installed agrarian reform beneficiaries (ARBs) recently on their assigned sub-lots at the Nemesio Tan landholding in President Roxas and Pilar towns.

The simultaneous installation and taking possession of the land by the ARBs followed the March 23 distribution of the Certificates of Land Ownership Award (CLOAs) by DAR Secretary John Castriciones at the auditorium of Capiz State University (CAPSU)-Pilar town campus.

”What we hold on is courage from our ARBs as we desired to give them the land they fought decades ago and today, as we are the instrument to make it happen, we entrust to God a peaceful and orderly installation,” said DAR–6 director lawyer Sheila Enciso.

“The installation is important as this will signify their ownership of the land,” said DAR Provincial Agrarian Reform Program Officer Anthony Arostique in a local radio interview.

He added that “it is one of the many endeavors that DAR Capiz challenges the perception of the masses as to how true social justice can be achieved.”

The land reform is in line with Pres. Rodrigo Duterte’s directive to distribute available agricultural lands to qualified beneficiaries, including former rebels, to pave the way for the progress and long-lasting peace in the countryside.

Meanwhile, the beneficiaries would be accountable for obligations like paying real property taxes and land amortization.

They were also reminded that they cannot sell their land as they would be disqualified from the program if they do.*PIA Capiz with a report from Ralph John Mijares

Some of the agrarian reform beneficiaries from Capiz province during their installation as the new owners of the Nemesio Tan landholding recently.*DAR-Capiz photo