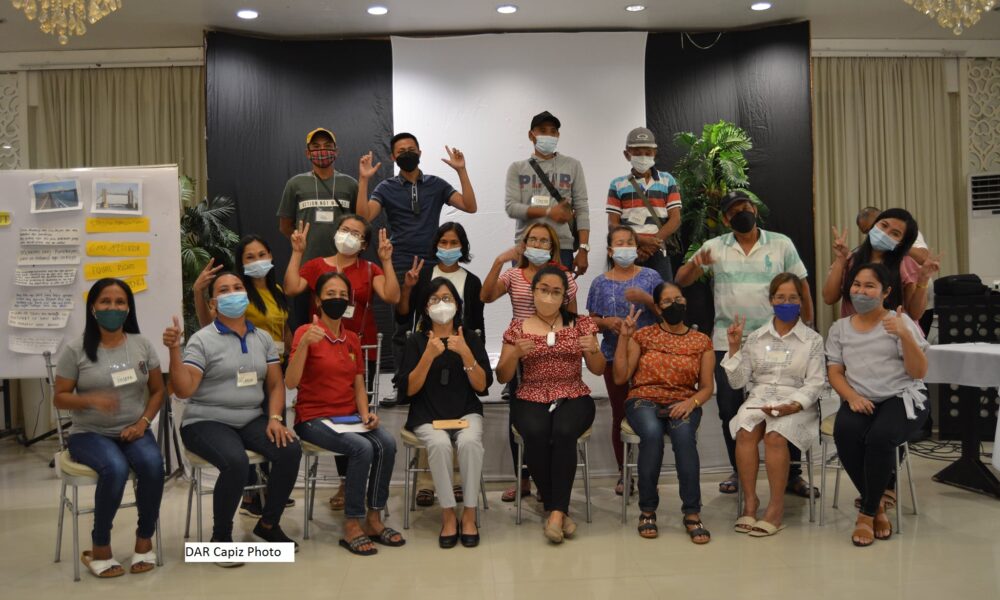 DAR Capiz is already 98 percent accomplished of this year’s target of reorganizing the BARC in various municipalities in the province to strengthen its functions and acknowledge their importance to ensure the success of the Comprehensive Agrarian Reform Program (CARP) implementation.

Provincial Agrarian Reform Program Officer (PARPO) II Anthony Arostique in his statement said that BARC plays a vital role in the implementation of land reform because it involves the community of farmer-beneficiaries to actively participate in land reform.

“BARC serves to be an outlet in extending the presence of DAR to the farmer-beneficiaries in barangay level which is significant in providing them exemplify provisions and their need to uplift their economic life,” Arostique said.

Each reorganized BARCs were fully oriented with their responsibility and functions such as mediation, conciliation, and arbitration of agrarian conflicts, assisting in the identification of lands, landowners, and farmer-beneficiaries to be covered by CARP, and fulfilling other essential programs of DAR.

Meanwhile, as part of the culminating activity, participants were given exercises that integrate their learning and discernment.

PARPO I Alona Albances is very glad that the outcome of the activity has truly enriched the council which was shown during their presentation in role-playing.

‘’The role-playing is worth watching because it showcases the enthusiasm of BARC. I am hoping that this will be put in action in the field and we must work hand in hand,’’ Alona said.*