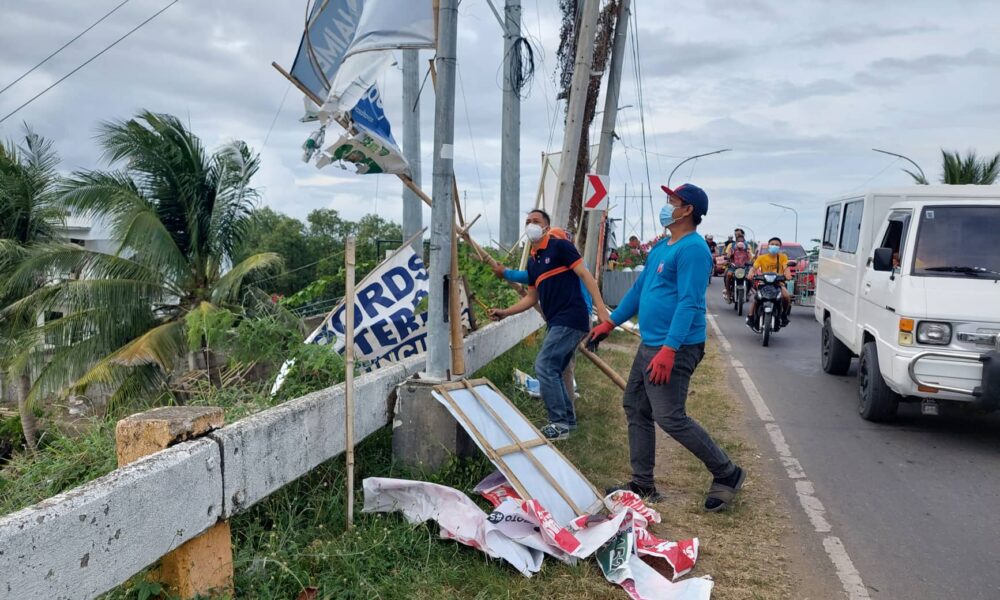 The Department of the Interior and Local Government (DILG) warned barangay officials against endorsing and campaigning for candidates during the election season.

“Ngayon pag nakuhanan kayo ng litrato, nakuhanan kayo ng video (supporting political bets) tapos finile-an kayo ng kaso sa Civil Service (Commission) or sa office of the, yung sa Comelec (Commission on Elections), pasensyahan tayo dahil may power ang Comelec to suspend, to suspend or to remove (barangay officials) from (public) office (Now if photos or videos of you supporting political bets are taken and then cases are filed before the Civil Service Commission or at the Comelec office I am sorry, since the Comelec has the power to suspend or remove barangay offices from public office),’’ Diño said.

He, however, said elective officials such as president, vice president, senators, congressmen, governors, vice-governors, mayors, vice-mayors, councilors, and Cabinet secretaries may endorse the political candidates of their choice.

This came amid clamors from citizens that many village officials still openly support candidates and even join their sorties and that only a few of them are penalized due to election offenses.

Earlier, Interior Secretary Eduardo Año also reminded barangay officials that “any semblance of campaigning” including the wearing of outfits akin to the political color of a candidate is illegal, noting that they should be “apolitical”.

He also warned local chief executives not to allow the use of resources of local government units in election campaign activities.

Meanwhile, the Comelec announced the completion of printing of more than 67 million ballots to be used in the May 9 national and local elections.

The poll body said 67,442,616 ballots are ready weeks ahead of the target April 25 completion.

The ballots for the National Capital Region were the last to be printed.

All ballots will next go through a verification process.

Commissioner George Garcia said 319,138 ballots have been quarantined. Of the total, 178,990 were found to be defective as of Saturday.

“It can still increase if we find more from those being quarantined,” he said.

The rejected ballots are those with smudge and not perfectly cut, among others.

The defected ballots will be reprinted, Garcia said in a statement.

According to the Omnibus Election Code, each ballot shall be joined by a perforated line to a stub numbered consecutively, beginning with the number “1” in each city and municipality. Each ballot shall also have at the bottom a detachable coupon bearing the same number as the stub.

Each pad of ballots shall bear on its cover the name of the city or municipality in which the ballots are to be used and the inclusive serial numbers of the ballots contained therein.

The official ballots shall be bound in separate pads of 50 or 100 ballots each as may be required.

“The provincial, city or municipal treasurer shall respectively keep a record of the quantity and serial numbers of official ballots and election returns furnished the various provinces, cities, municipalities and polling places, as the case may be, legible copies of which record shall be furnished the duly authorized provincial, city or municipal representatives of the ruling party and the dominant opposition party, and the Commission immediately after the distribution is made of such official ballots and election returns,” the law states. (PNA)