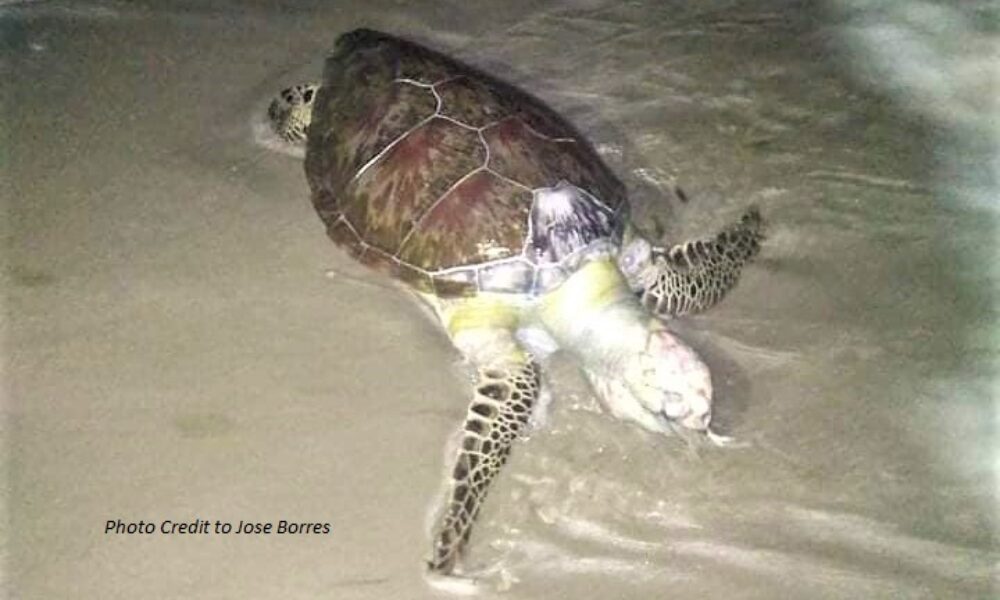 A resident of Brgy. Casanayan, Pilar, Capiz found a dead green sea turtle on the coast of their barangay on January 2.

The sea turtle was already in a state of decomposition when Jose Borres found it.

The sea turtle was measured 68.23 centimeters in length and 62.23 cm in width and was immediately buried after taking its morphometric data. No tag was seen.

The office continues to appeal to the public to report any similar incident, as well as to raise awareness that sea turtles and other wildlife are essential to maintain the equilibrium of the environment as each life plays a vital role to support one species to another, CaPENRO said.

Section 27 of the Republic Act 9147, also known as the “Wildlife Resources Conservation and Protection Act,” prohibits collecting, hunting and possessing wildlife and their by-products and derivatives. Anyone found guilty of violating the wildlife law shall be imprisoned to a maximum of two years and fined up to P200,000, if inflicted against endangered species, CaPENRO added.* (PR)