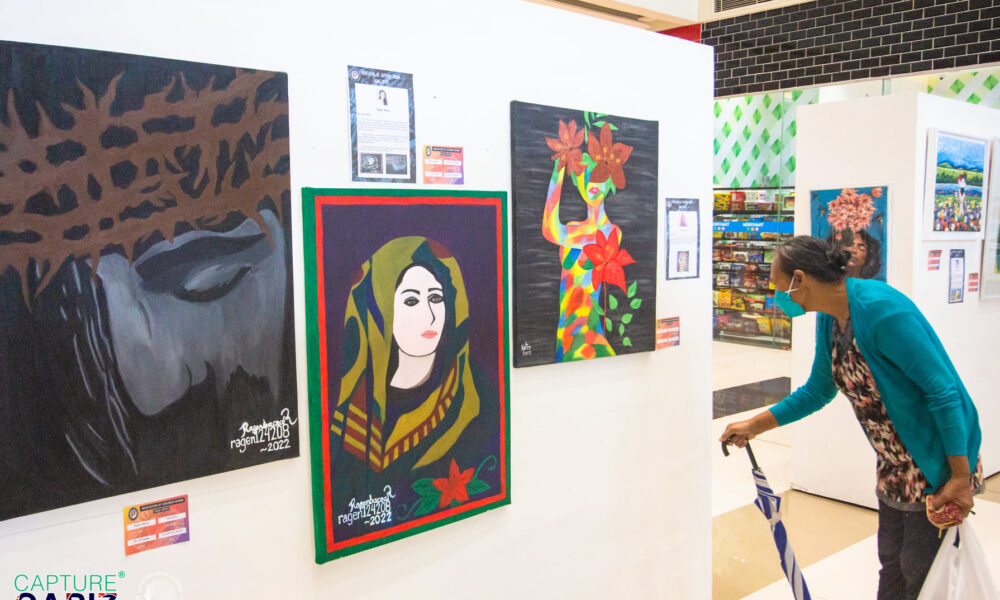 ROXAS CITY, Capiz – A visual arts exhibit of masterpieces that are all made by female visual artists opened, March 7, at the CityMall – Roxas Avenue here in view of the National Women’s Month Celebration.

The exhibit, dubbed “Salingsing,” which is being participated in by 24 Capiceña artists who are members of the  Association of Capiznon Women Visual Artists (AOCWVA), will run until March 20.

Salingsing is a Hiligaynon term which  means to sprout or begin to grow. It was coined for the activity to relate with the AOCWVA as a new group that is slowly emerging and spreading out its arms to embrace female visual artists in the province.

This exhibit will not only showcase the talent of women but also to encourage others to pursue their passion.

Provincial Tourism and Cultural Affairs Office head Alphonsus Tesoro said that the  exhibit uses visual arts as the medium of  expressing the artists’ messages about womanhood.

The opening of “Salingsing” was graced by Governor Esteban Evan Contreras, AOCWVA founder and president Lucille C. Manuel and Kristy B. Azagra, respectively, and Tesoro, among others. (PIA Capiz)