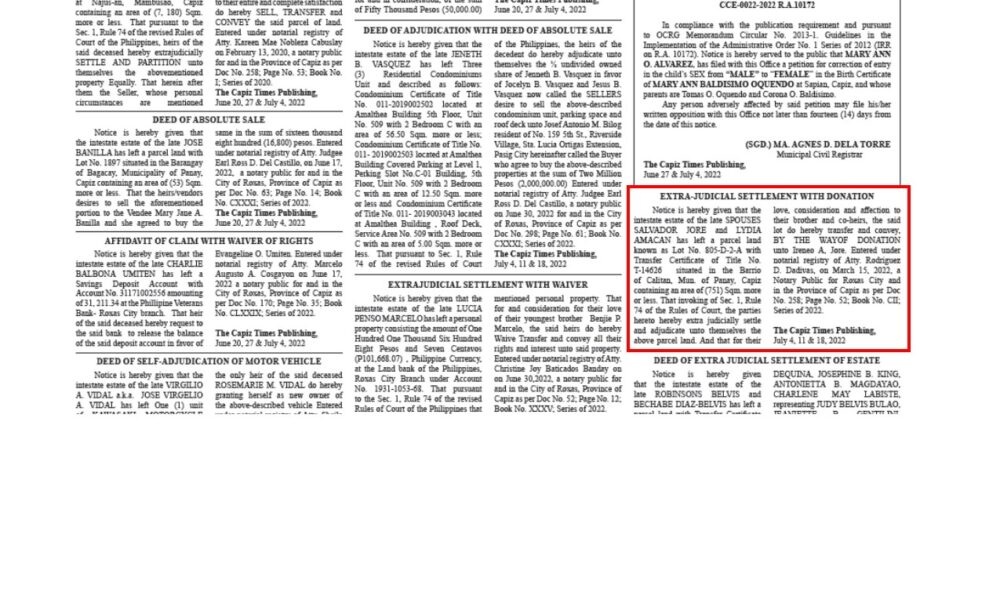 Notice is hereby given that the intestate estate of the late SPOUSES SALVADOR JORE and LYDIA AMACAN has left a parcel land known as Lot No. 805-D-2-A with Transfer Certificate of Title No. T-14626 situated in the Barrio of Calitan, Mun. of Panay, Capiz containing an area of (751) Sqm. more or less. That invoking of Sec. 1, Rule 74 of the Rules of Court, the parties hereto hereby extra judicially settle and adjudicate unto themselves the above parcel land. And that for their love, consideration and affection to their brother and co-heirs, the said lot do hereby transfer and convey, BY THE WAY OF DONATION unto Ireneo A, Jore. Entered under notarial registry of Atty. Rodriguez D. Dadivas, on March 15, 2022, a Notary Public for Roxas City and in the Province of Capiz as per Doc No. 258; Page No. 52; Book No. CII; Series of 2022.