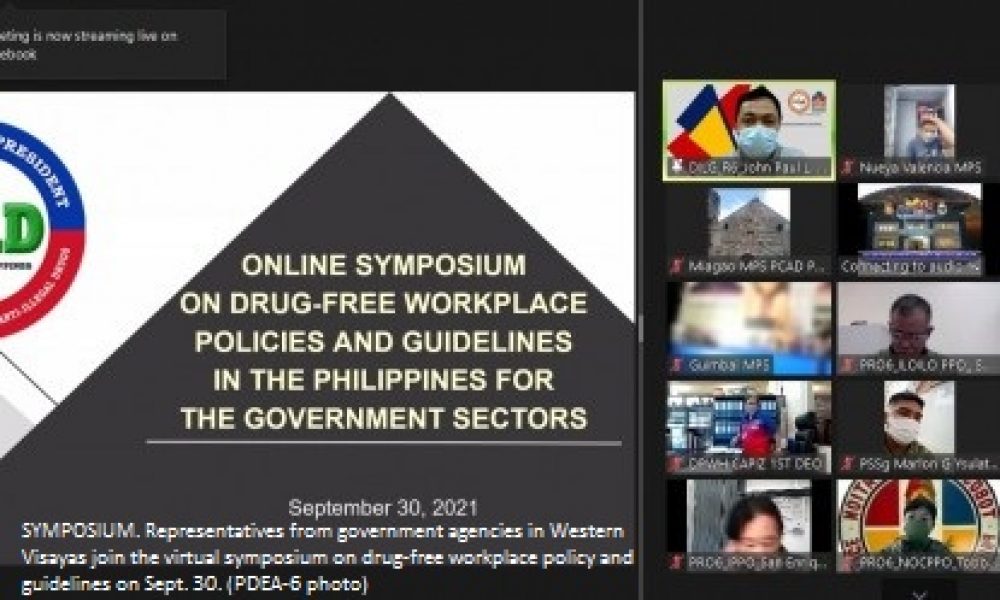 Government agencies are encouraged to put in place a working drug-free policy to ensure their offices are safe from any drug activity, according to the Philippine Drug Enforcement Agency (PDEA) in Iloilo City.

The Regional Inter-Agency Committee on Anti-Illegal Drugs Coordinating Group (RICG) Advocacy Cluster and the PDEA on the lead gathered 490 participants from government agencies on Thursday for the first symposium on drug-free workplace policy and guidelines in Western Visayas.

Shey Tanaleon, the spokesperson for PDEA Western Visayas, said the creation of the policy is anchored on Republic Act 9165 or the Comprehensive Dangerous Drugs Act of 2002, particularly Sections 47 that promotes the drug-free workplace program.

“They can draft their own policy, they can adopt other company policies or incorporate what was stated in RA 9165 on the promotion of drug-free workplace program,” she said.

The workplaces can also include other activities such as the mandatory conduct of drug testing among employees and implementation of drug abuse prevention programs, such as lectures from PDEA and other concerned agencies of the government.

Tanaleon added that while most of their anti-drug operations netted unemployed persons, there are some from the government, who were considered high-value targets, who were apprehended.

From 2016 up to the present, PDEA has apprehended 498 government employees, 390 elected officials, 120 uniformed personnel, 75 armed group members and 24 prominent personalities.

“This just shows that our anti-drug campaign has no privilege. Even if you are a government worker, it was emphasized during our symposium that you are still vulnerable. If you are engaged in illegal drug activities, you are still a target of our law enforcement officers in our anti-drug operations,” she said.

She added that the law is harsher in dealing with government workers who will be proven as engaged in illegal drugs.

With the case of PDEA, she said that those found guilty were dismissed from service.

For those coming from the private sector, users need to undergo rehabilitation and dependency test to determine the severity of their drug use.

Pushers have to be penalized; either by jail time or if they are considered small-time pushers may have to undergo a reformation program if they surrender.

On Sept. 29, some 285 representatives of private establishments employing 10 and more workers attended the symposium intended for the private sector.

“We try to bring together our establishments to ma promote drug resilience and a self-policing workplace,” she added. (PNA)