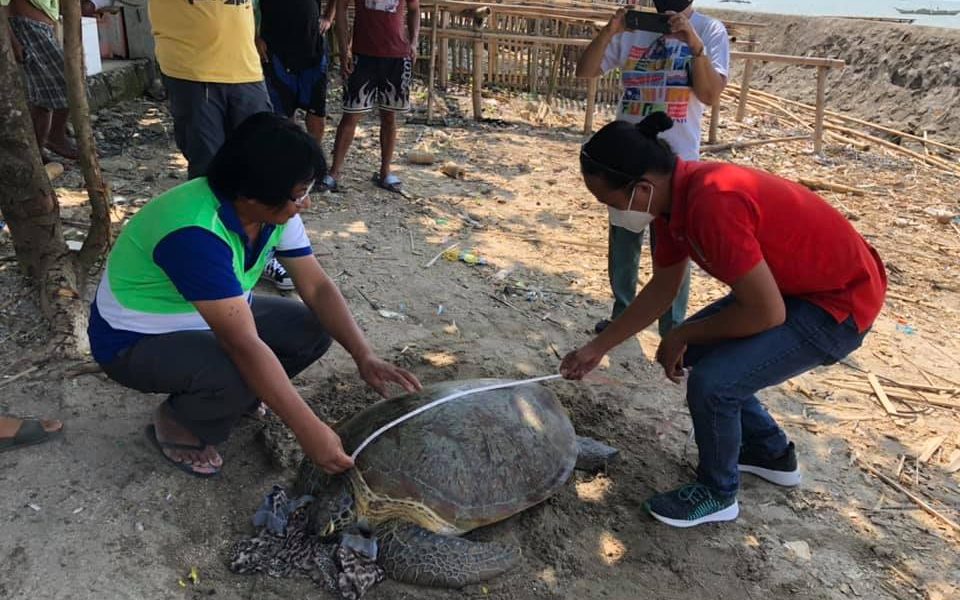 ROXAS CITY — A female green sea turtle was released back to its natural habitat after it was rescued by fishermen at Sitio Guintonoran, Natividad in Pilar, Capiz on April 5.

The turtle, which was tagged, measured 81 centimeters in carapace length and 72 cm. in width, the Capiz Provincial Environment and Natural Resources Office said.

CaPENRO has called on the public to help protect marine animals.*CAPENRO photo