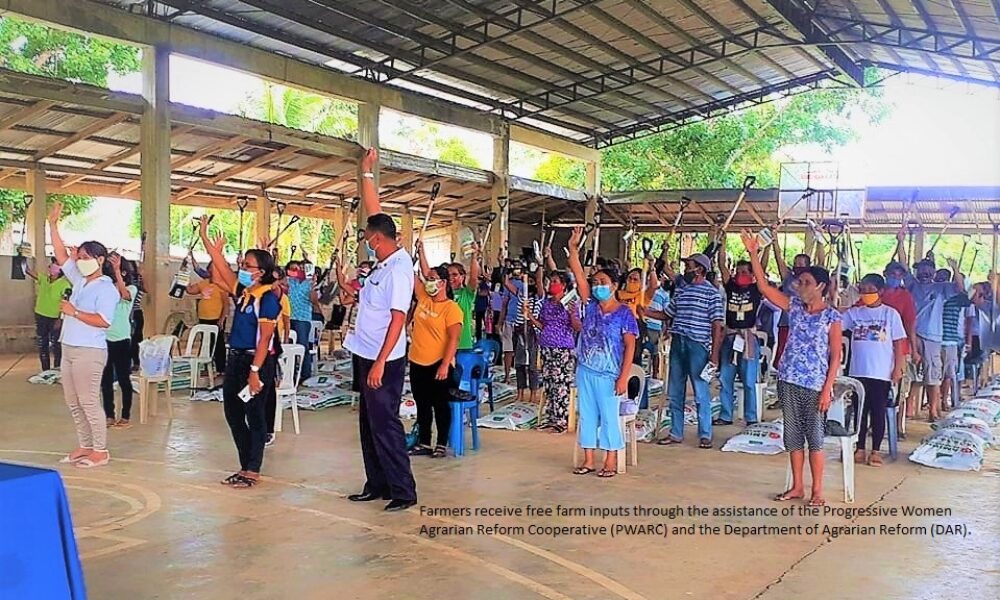 The Progressive Women Agrarian Reform Cooperative (PWARC) has grown from a small organization in the remote Dumarao town, Capiz into a successful and thriving cooperative that provides financial access to support its farmer-members.

In 1998, PWARC was initially formed by 20 female founding-members from Barangay Gibato in this 2nd class municipality. It began as a modest savings group, offering financial services to the town’s residents with only P3,200.00 as starting capital.

Soon after, the cooperative started to accept Agrarian Reform Beneficiaries (ARBs) and male farmers as members and was officially registered as a cooperative in 1999.

With PWARC’s membership steadily growing over the years, the co-op turned to the Land Bank of the Philippines (LANDBANK) in 2015 and applied for a total P20-million loan line to finance the launch of their relending services to farmer-members in need of additional cash for agricultural production.

Of this amount, the co-op utilized P16.65 million as a rediscounting line to finance salary, emergency, and negosyo loans for members, which now include small and medium enterprises (SMEs).

“Through LANDBANK, we are able to extend financial assistance to our members at affordable interest rates. This helps our members earn more since they don’t have to turn to private lenders who can charge an interest rate of up to 20%,” said PWARC Chairwoman Cecilia G. Ibabao.

In addition to financing, PWARC also serves as a guaranteed market for some of its members’ produce. The harvest of calamansi farmer-members are purchased by the co-op for its calamansi juice product line, under the brand name “Golden”.

The co-op credits LANDBANK’s assistance to be instrumental in helping it grow to more than 3,500 members today—of whom around 80% are farmers.

“LANDBANK continues to finance the requirements of agricultural cooperatives to help increase the production and income of their members. Amid the prevailing challenges of the pandemic, access to agri credit is key to sustain the operations of our partner-cooperatives and ensure food security in the country,” said LANDBANK President and CEO Cecilia C. Borromeo.

Of the P20 million LANDBANK loan, PWARC allotted P3.35 million to offer relending services for their ARB-members’ palay and corn production under the Agrarian Production Credit Program (APCP), a joint program implemented by LANDBANK, the Department of Agriculture (DA), and the Department of Agrarian Reform (DAR).

Through the APCP, PWARC ARB-members can avail of production loans with an interest rate of as low as 2% per annum.

LANDBANK remains steadfast in fulfilling its commitment of delivering intensified support to the agriculture sector. As of December 31, 2021, LANDBANK loans to the agri sector has reached P247.85 billion, recording a monthly increase of P12.78 billion from the P235.07 billion level last November 2021.