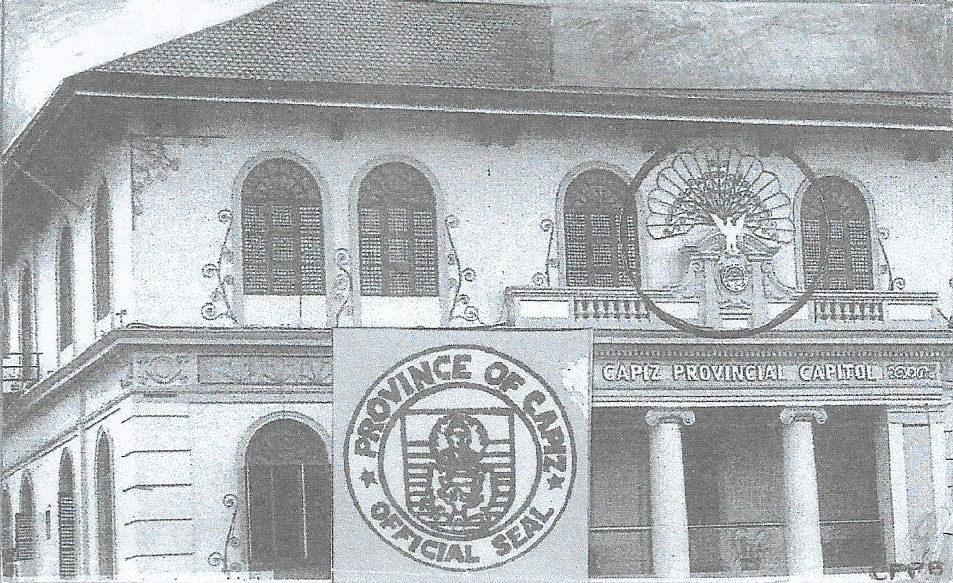 1945 – The province of Capiz has its own provincial seal when the Philippines gained its independence as a republic. The seal took the image – green and yellow – symbol of an agricultural province.

The picture of then Pres. Manuel A. Roxas, as a Capiznon, is engraved in the middle of the of the kapis shell design. Beneath symbolizes the struggles, industry and hardworking Capizeño. The provincial seal was changed during the reign of the then Gov. Cornelio L. Villareal, Jr. in 1983.

The provincial seal use in the year 1932 up to the early part of 1947 was the design of the Philippines Commonwealth. This symbol can still be seen on the middle portion of the balcony in the third floor of the Provincial Capitol to signify the American regime in Capiz.