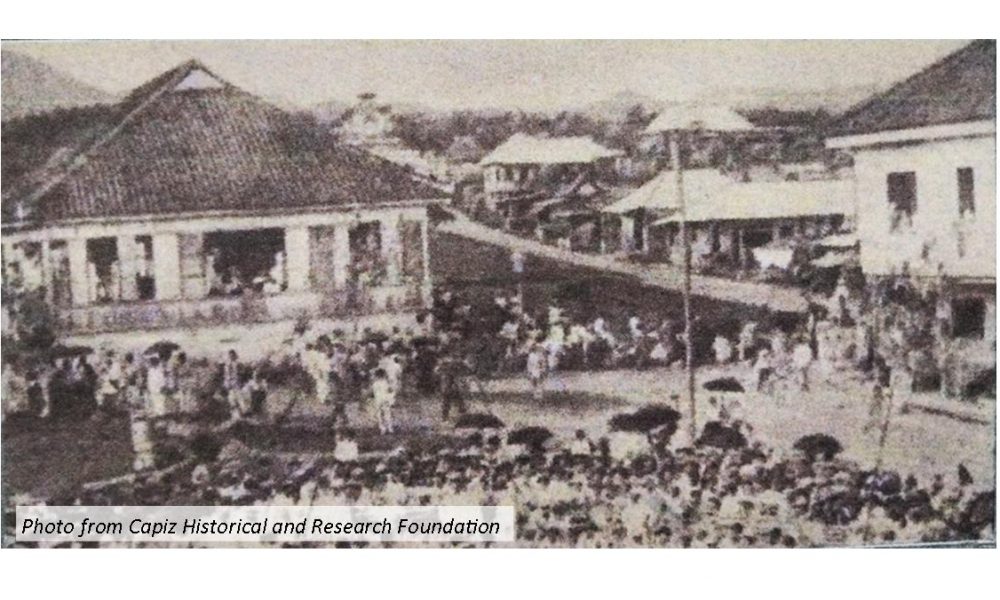 1945, March 18 – The official liberation of Panay Island from the Japanese Imperial Forces by the joint Filipino and American troops including Capiz guerillas. Then Pres. Corazon Aquino issued Proclamation No. 430 as an Act Declaring this date of every year as Victory Day on the islands of Panay, Romblon, including the cities of Iloilo and Roxas.

1945, October – Capiz was free of all Japanese from the two (2)years and eight (8) months clutches of the Japanese forces usurped by the gallantry and heroism of Capiz guerillas. Subsequently, the Philippine Civil Affairs Unit temporarily appointed all officials in both the provincial and municipal government in Capiz. Gabriel K. Hernandez restored the gubernatorial post in acting capacity. Municipal Mayor of Capiz town Mayor Eduardo Pardo was succeeded by Vice Mayor Libertad A. Conlu. Later, Arturo A. Jugo took over as town executive. He was the last Mayor of the town of Capiz because it was then become a chartered city.

Reference: A Comprehensive History of Capiz: In Search of Identity by Jose B. Bolante