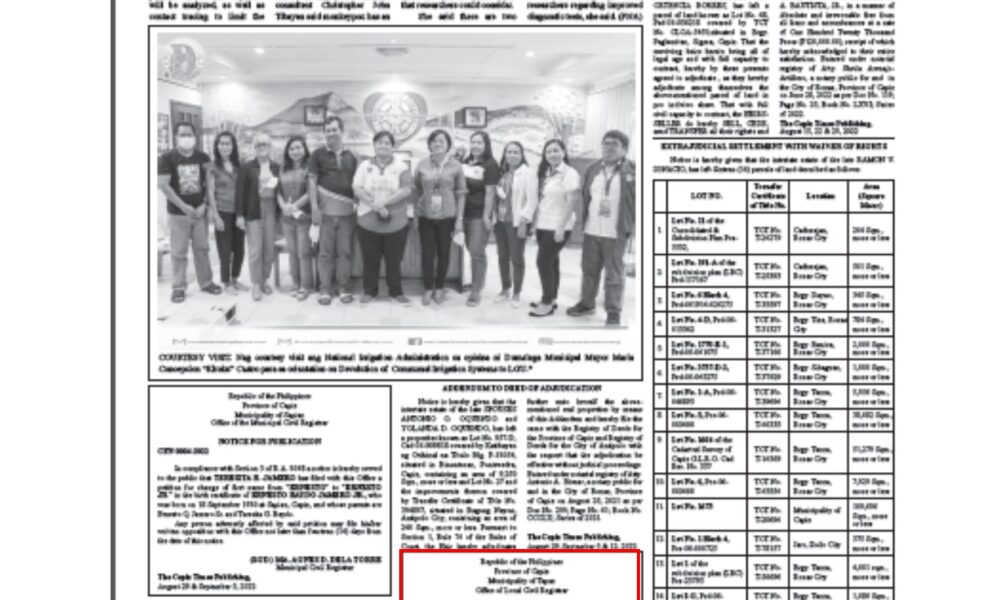 In compliance with section 5 R.A. Act 9048, a notice is hereby served to the public that LEONOR P. DIAMANTE has filed with this office a petition for correction of date of birth from “10 October 1960” to “10 September 1960” in the birth certificate of LEONOR GONZALES PEDROSO who was born on 10 September 1960 at Tapaz, Capiz and whose parents are Patricio Pedroso and Aldina Gonzales.
Any person adversely affected by said petition may file his written opposition with this Office not later than (14) from the date of this notice.