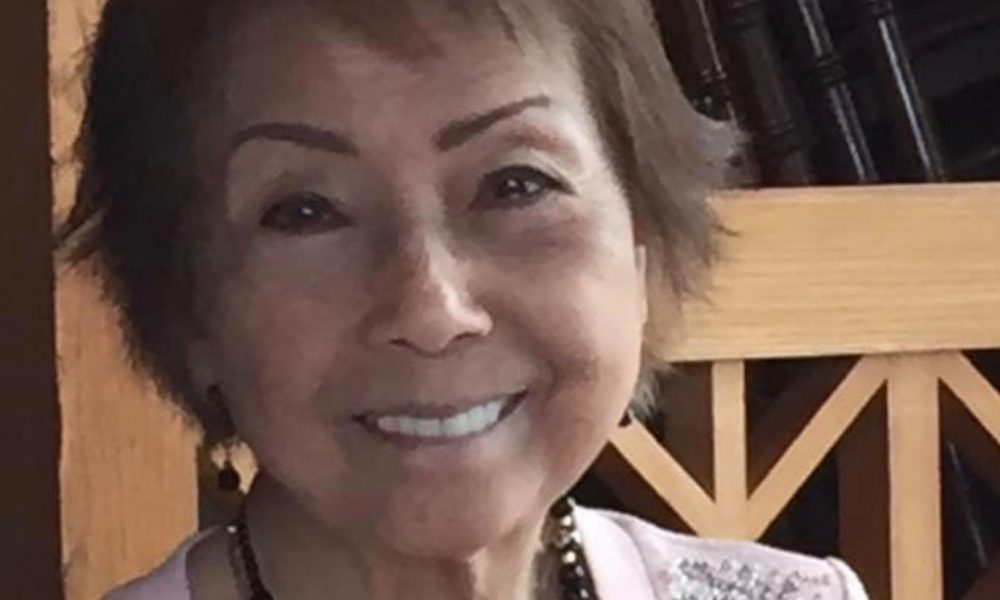 Josefa Villanueva Reyes (Josefa Arnaldo) started her ballet training in the Philippines with Roberta and Ricardo Cassell, a student of Vincenzo Celli, an acclaimed ballet master, teacher, and choreographer.

Reyes received a certificate for taking part in the International Vaganova Conference/Demonstration in St. Petersburg, Russia which featured the entire eight-year system including Classical Dance, Character, History Dance and Variations.

She also holds a Lifetime Credential to teach Dance in Community Colleges. She taught at the San Francisco Conservatory of Ballet and Theater Arts as well as San Jose City College, both in California.

She co-founded Santa Clara Ballet with husband Benjamin Reyes in 1973 and is the founder of Sweats by Jo, a homegrown company that makes professional dancewear.

Reyes has been recognized with the Sustained Achievement Award by the Isadora Duncan Dance Awards (the “Izzies”) for her work with Santa Clara Ballet and for offering instruction and training in classical ballet and performance opportunities for children and Bay Area professional dancers.

She has also been recognized by Santa Clara Performing Arts Foundation which presented her with the 2013 Arts Pioneer Award.

How old were you when you started ballet lessons?

I was 18 1/2 years old when I started to take ballet lessons (a freshman in college), taking two classes a week with young, beginner students under Ricardo and Roberta Cassell in Manila. I can’t recall the name of the school. I think it was Manila Ballet Academy.

What drew you to study ballet?

I went to watch a class that some of the girls in the dorm at St. Scholastica’s were taking. It was then that I got interested, as a challenge to something I had never done before, and a good change from practicing piano intensively while pursuing my career in music, not as a dancer.

Did you have a favorite ballet dancer as your role model?

There were no videos during those days, so all that was available were pictures of ballet dancers in magazines. I collected them and my friends started giving me what they could find as well. There was no opportunity for me to really seek a particular ballet star. At that time it seemed like every ballet dancer looked like a star to me.

Who encouraged you to pursue ballet as a career? Who was your mentor?

After two years of two classes a week, I took some private lessons with Mr. Cassell who pushed me into performing which became a challenge as I was pursuing my Bachelor of Music in Piano (demanding four to six hours of practice a day). But by then I was hooked and continued with ballet classes.

My first performance was Chopiniana as a Corps dancer together with Pacita Madrigal, who was the ballerina in the Philippines at the time. On my second year of training, I was the lead dancer in the 2nd Act of Giselle, at which performance I was partnered with Benjamin Reyes who was hailed as the Philippines’ best male dancer at the time and who I eventually got married to.

Benny and I started our own ballet studio in Quezon City and had our first son who we named Albrecht (after our first role together in Giselle). We moved to San Francisco in the early ’60s, danced and taught with SF Conservatory of Ballet and Theater Arts for four years, also dancing as principals. We had our second son Andre, named after André Eglevsky, a famous dancer at the time. We moved on and danced with San Francisco Opera and then with the San Francisco Ballet, who invited us to join the company.

How did the Santa Clara Ballet Company get started?

The Santa Clara Ballet Company (SCB) began when we moved from San Francisco to Santa Clara in 1972. We started a studio in the garage (as we were new to the area) and then branched out to a business location. There was a lot of interest in the community from parents of our students to local residents who encouraged us. With their support, the company was born in 1973.

What were the challenges you faced when you started the Company?

Like local companies that are not supported by the State, there remained the constant job of securing finances.

Donations from private individuals and businesses, fundraising, this is how we started. In the earlier years of the Company, we did local performances twice a year, a spring season (my favorite) and the Nutcracker season.

Eventually, we got a booking agent who took us on 1-2 week tours to several states, from Nevada all the way to British Columbia, Canada. For years SCB did this until the time when new ballet companies were established in most states in the U.S. and they performed their own version of the Nutcracker, the bread basket of every ballet company.

The Santa Clara Ballet Company has been around for 48 years. What do you believe are the reasons for the longevity and success of the Company?

Longevity is mostly achieved through perseverance and hard work. Everyone involved do their part in fundraising and volunteering their time. The Company is also run similar to a family affair, so that each dancer is made to feel responsible for the continuity of the company or the family will fail.

You were recognized with the prestigious Isadora Duncan Dance Award for Sustained Achievement. How does SCB continue to include talented dancers who do not have the means to pursue ballet lessons?

The SCB dancers who are talented and cannot afford the training are offered a scholarship by the Company.

What major challenges does the SCB face today and how do you plan to address them post-pandemic?

During this time of the pandemic, everything is at a standstill because of the lockdown. I have offered free Zoom classes for the past few months so that the students don’t lose their interest but the future is unknown. Each family is going to be impacted differently, so there is a big question on how we can pick up. Definitely slowly.

What are the things you like to do aside from dancing?

Other things I like to do as a hobby (only after many years since we moved to the US) is sewing, which I learned to do. A decade or so later, it eventually led to a home business in dance warm-ups called Sweats by Jo. And my favorite thing to do besides teaching in the last two decades is traveling when I can.

What are your fondest memories of Capiz?

My fondest memories of Capiz go back to when I was a teenager. I had a group of friends who I spent my best teenage years with and we had jam sessions on some weekends. Parties, going to the beach, mostly hanging out and driving around till curfew and just meeting up and talking in “cafes” (I don’t remember how we called it then). My big family and relatives (mostly from Capiz) are part of my precious memories of Capiz. My friends are/were all a special part of my life and will always be. Unfortunately, I have lost contact with everyone, so I don’t know who are still around.*

About the author:
Charie Albar is a travel writer, lifestyle blogger, and literacy advocate. She is the founder of Balay ni Charie Foundation, a grassroots organization that gives school supplies to the children in Capiz. She divides her time between Capiz and California. You can check her stories here: travelswithcharie.com.

Conversation with a Capizeño is a series of interviews with Capizeños who are making a difference in their community.