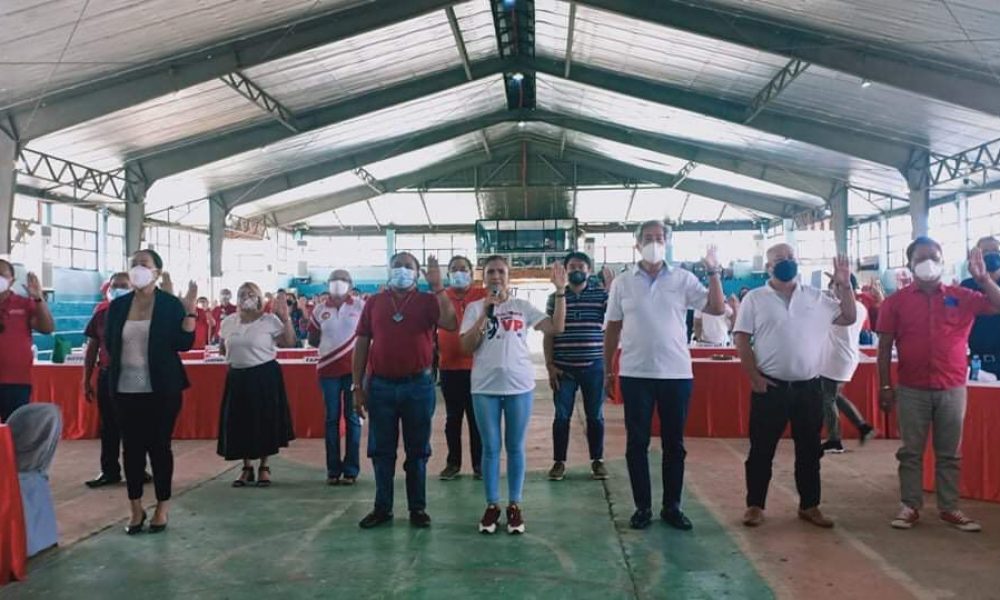 Mambusao Mayor Leodegario Labao Jr., League of the Municipalities of the Philippines-Capiz chapter president, and Tapaz Mayor Roberto Palomar led the oath-taking of the new Partido Demokratiko Pilipino-Lakas ng Bayan (PDP-Laban) members from the second district of Capiz on September 5 at the Tapaz Civic Center.

Palomar expressed his gratitude to the 100 new members who pledged allegiance to the PDP-Laban.

A three-hour basic seminar was also given to the new members by Astravel Pemintel-Naik, chair of the membership committee.

Naik emphasized that aspiring candidates under the party must be a member first.

President Rodrigo Duterte is still the chairman of the PDP-Laban, Naik said.