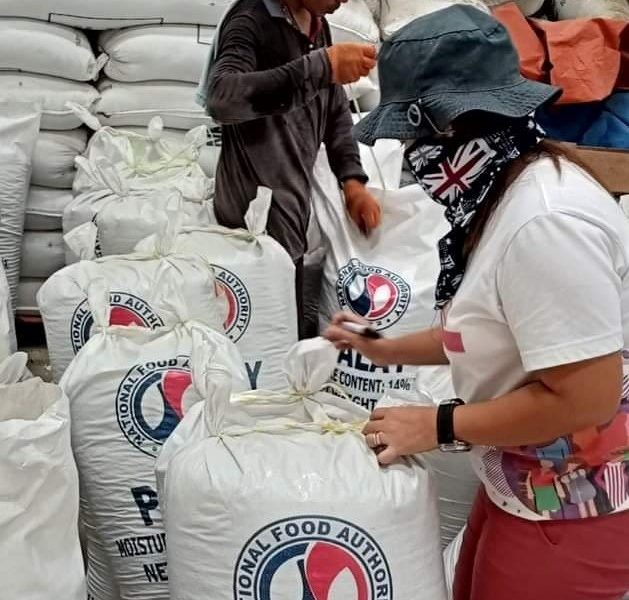 The National Food Authority (NFA)-Capiz Branch Office is eyeing to buy 520,000 bags of clean and dry palay from farmers in Aklan and Capiz provinces as part of its palay procurement program for this year.

Farmers may sell their palay at the buying stations located at the NFA warehouses in Brgy. Bolo, Roxas City, Brgy. Sta. Cruz in Dumalag town, Brgy. Mangoso in Sigma town as well as in Aklan Grains Center in Brgy. Linabuan Sur, Banga, Aklan.

For individual and farmers groups, cooperatives or associations that wish to sell their palay to NFA, they are required to present a farmer’s passbook which can be secured for free at NFA Capiz office in Bolo, Roxas.

Palay procurement in preparation for calamities and emergencies is NFA’s new mandate under the Republic Act 11203 or the Rice Tariffication Law. PIA Capiz/NFA Capiz photo