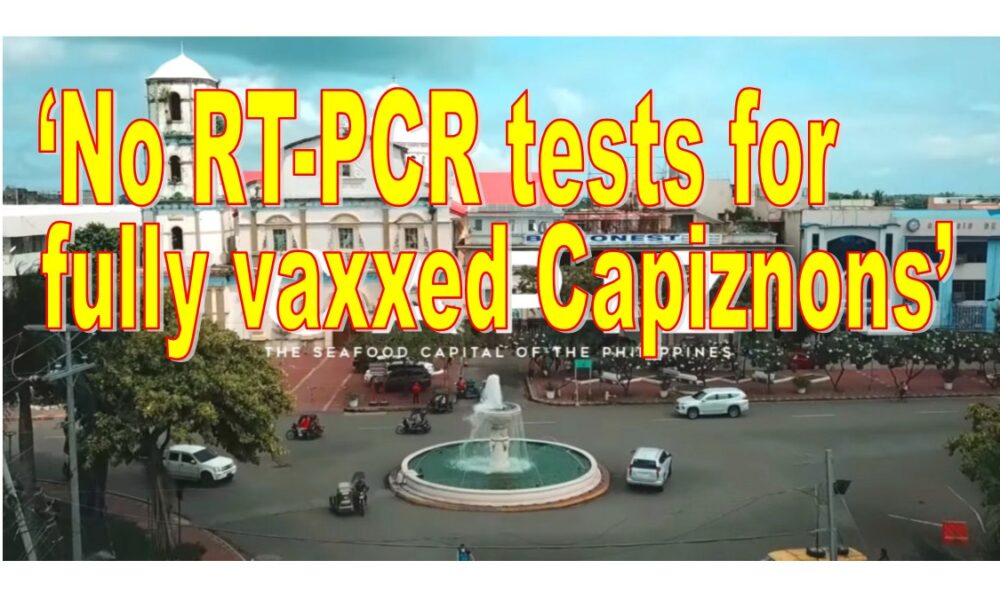 The fully vaccinated Capiznons only need to get their vaccine certification through vaxcert.doh.gov.ph and a travel coordination permit issued by spass.ph, the governor said in his recent executive order signed on October 18.

For unvaccinated individuals returning to the province, they need to have a 72-hour RT-PCR negative result and must have a travel coordination permit issued by spass.ph.

At the time of the interview, the provincial government was appealing to the Regional Inter-Agency Task Force (RIATF) to revert Capiz to the general community quarantine status from GCQ with heightened restrictions.

The national IATF has classified Capiz under GCQ status which took effect from October 18 to 31.*