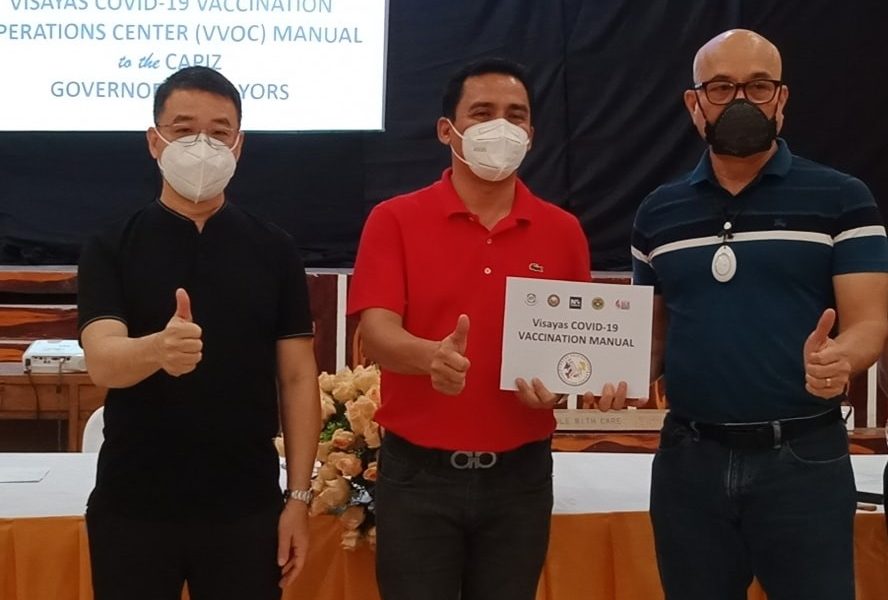 A manual handbook of the community vaccination plan in accordance with the national government’s mass roll out of vaccines was distributed by the Office of the Presidential Assistant for the Visayas (OPAV) and the COVID-19 Inter-Agency Task Force for the Management of Emerging Infectious Diseases (IATF-Visayas) to the local chief executives in Capiz on May 13, in a program in the cultural center of Mambusao town.

The VVOC was made through the collaboration of the OPAV, IATF – Visayas, Department of Health – Central Visayas and the private sector-led “Project Balik Buhay.”

He also advised LGUs with limited budget for the vaccines to just focus on the community vaccination program as “Pres. Duterte and Sen. ‘Bong’ Go have promised us Filipinos that they will provide us with the vaccines that we need in this country to achieve herd immunity.”

The manual handbook has also been cascaded in Negros Occidental, Iloilo, Guimaras and Antique provinces in Western Visayas.

The VVOC is in line with the guidance of Pres. Rodrigo R. Duterte to apply a whole-of-nation approach for the National Vaccination Plan and in support to Sen. Bong Go’s call for an efficient, equitable and effective rollout of vaccines. (PIA Capiz)