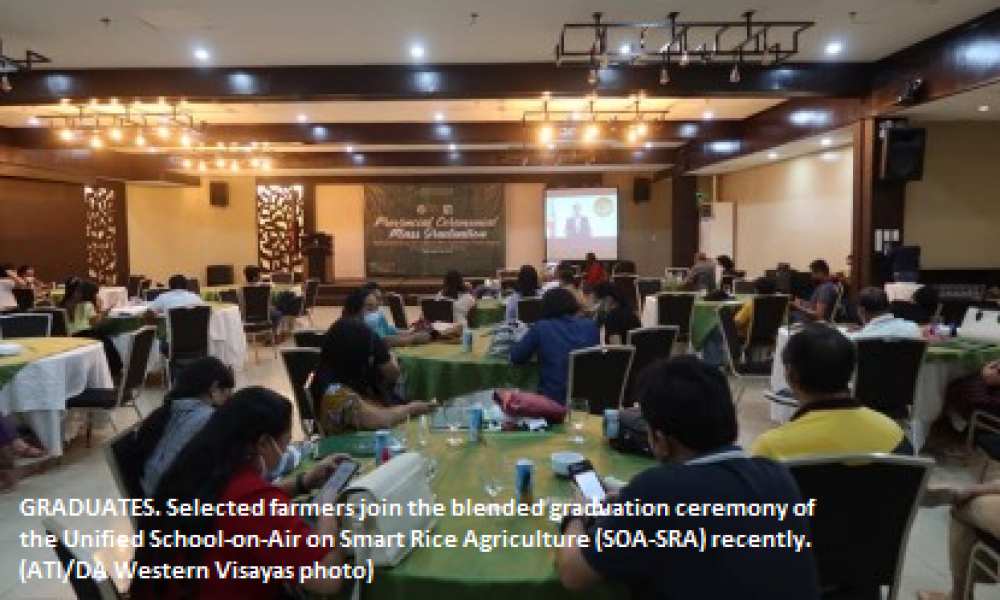 Amid the challenges brought about by the pandemic, some 3,969 rice farmers from Iloilo province and 245 from Guimaras were able to graduate from the Unified School-on-Air on Smart Rice Agriculture (SOA-SRA) recently.

The 27 episodes of the SOA-SRA handled by the regional office of the Department of Agriculture through its Agricultural Training Institute (ATI) started on March 24 and ended this week culminating with a graduation ceremony on Sept. 29.

ATI information officer Nikki Gallego, in an interview on Thursday, said that episodes of the radio-based learning program focused on climate-smart rice technologies and the PalayCheck System were prerecorded.

While it was played on radio, their agricultural technicians visited farmers associations in barangays bringing with them the materials and played it using speakers.

“We found the strategy effective to be able to reach out to our farmers. We only target close groups or associations so that movement will be minimized,” she said.

Meanwhile, Gallego said the PalayCheck System is a form of a management system that will guide farmers on achieving their target yield.

It includes among others the use of recommended varieties, land preparation, healthy seedlings, nutrient management up to the post-harvest.

Climate-smart agriculture, on the other hand, tackled changes in weather, and adaptation to climate change.

“Farmers are guided on how to adapt to the situation,” she said.

She added that they hoped to see a change in the behavior of farmers in terms of practice from conventional or traditional to using the new technology aided by the PalayCheck system management.

“If we follow the PalayCheck system, you can have an increase in production of 10 to 30 percent at the minimum,” she said.

She added that they hope to have another round of the SOA–SRA should there is a budget as more farmers are willing to learn about the technology and climate change. (PNA)