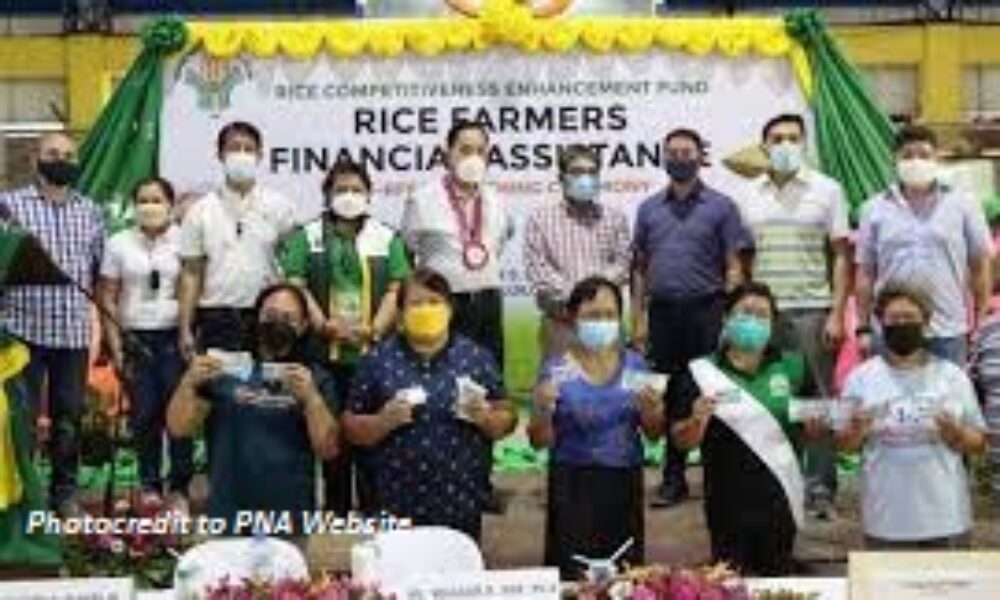 Some 234,199 rice farmers tilling land two hectares and below in Western Visayas will benefit from the PHP1.17 billion Rice Farmers Financial Assistance (RFFA) of the Department of Agriculture (DA).

DA Western Visayas Regional Executive Director Remelyn Recoter said the RFFA is from the excess of the PHP10 billion tariffs that have been allotted for mechanization, seeds, training, and financing.

“It was legislated that whatever excess of the tariff out of the PHP10 billion will be allocated for financial assistance,” she said.

Recipient-farmers will be generated from the farmers who are in Registry System for Basic Sectors in Agriculture. A reference code will be released through their local government units to be presented during the payout.

The launch of the program in Oton town was attended by Secretary William Dar where 1,378 farmers received their grants along with their DA Interventions Monitoring Card, which is their unique and transactional card.

Dar, in his message, said Western Visayas is among the top contributors to meet the 19.4 million metric tons of palay production in the previous year.

The region has a 136 percent rice sufficiency level.

Apart from Oton, other farmers from Janiuay and Sta. Barbara, all in Iloilo and Negros Occidental, have received their grants ahead of Thursday’s launch.

Recoter, meanwhile, said hopes that the assistance could help in the domestic consumption of farmers, if not for the acquisition of rice inputs.

“Hopefully they can use it for their rice farming,” she said.

Dar’s team is currently in Aklan for the release of the same assistance and mechanization support through the Philippine Center for Postharvest Development and Mechanization. (PNA)