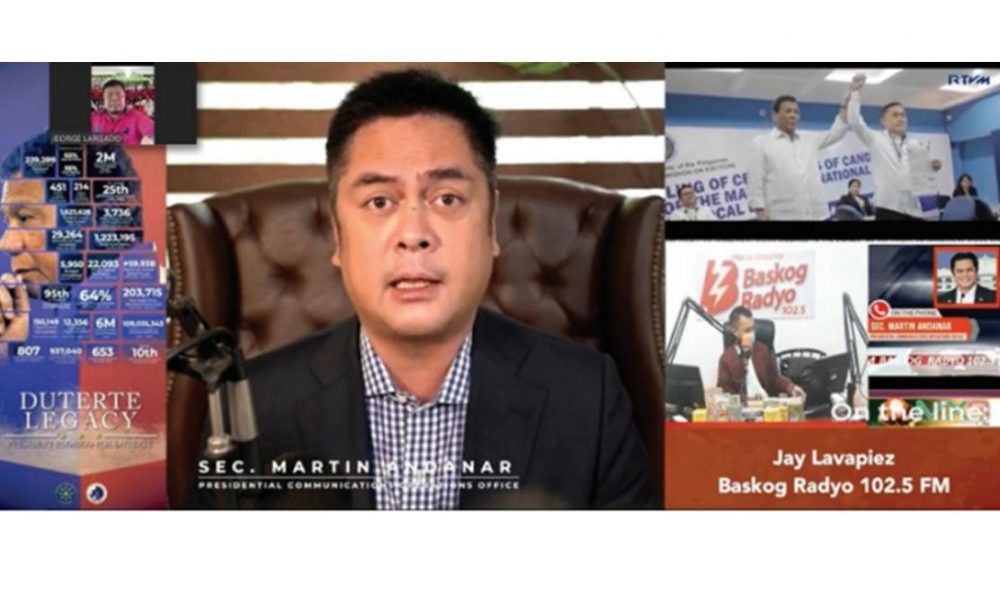 P R E S I D E N T I A L Communications Operations Office (PCOO) Secretary Martin Andanar said that the Department of Budget and Management has approved the P200 million Visayas Media Hub that will be established in Cebu as part of the Duterte administration’s legacy to the Filipinos.

“Basically, this will be the biggest state of the art media facility in the Visayas,” said Andanar in a local radio interview here to disseminate the Duterte Legacy in the countryside.

In 2020, the PCOO also officially opened the Mindanao Media Hub, the biggest media facility outside Metro Manila
and the biggest government media center in the country, as part of Pres. Rodrigo R. Duterte’s legacy projects.

“The Presidential Task Force on Media Security only happened during the term of Pres. Duterte,” Andanar stressed, adding that the body has been instrumental in delisting the Philippines into the list of dangerous countries for journalists and in giving justice to the victims of the Maguindanao massacre.

The President, at the start of his administration in 2016, has also issued Executive Order No. 2 which gave mediamen and every Filipino essentially the weapon to access information, official and public records and to documents and papers pertaining to official acts and transactions or decisions which makes the government more transparent in view of the fight against corruption.

The PCOO is also working for the passage of the Media Workers Welfare Bill which seeks better pay, security of
tenure for media workers, among others. (PIA Capiz)